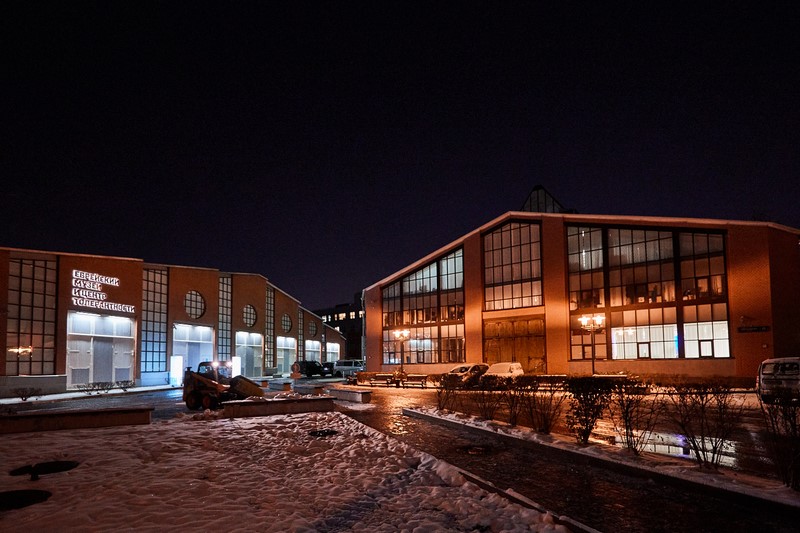 At a simple, yet impressive affair on Motzoei Shabbos Parashas Noach, a new, one-of-a-kind Tzedakah Museum and Visitor’s Center was dedicated in Moscow. Its goal is to educate people about the importance of the third pillar on which the world stands; the pillar of chessed.

The mezuzah was affixed by the Chief Rabbi of Russia, Rabbi Berl Lazar, who was also the initiator and founder of the Shaarei Tzedek Chesed Center in Moscow. The center caters to the needs of over 15,000 elderly and indigent Jews throughout the year, feeding them and taking care of their medical needs.

The ribbon was cut by philanthropist Yekusiel Yehuda Rohr as well as the president of the Jewish Federation of Russia, Alexander Boroda.

The museum and visitor’s center are home to many artifacts that are connected to the mitzvah of tzedakah throughout our history. It also hosts a plethora of programs and projects that aid Russian Jewry at large, and specifically in Moscow. The Shaarei Tzedek Chesed Center is currently the largest such institution in all of the former CIS.

The highlight at the museum is a miniature replica of Jewish Moscow. It depicts the many educational institutions and shuls throughout the city. Based on what Chazal have said that when Moshiach comes all shuls will be transferred to Eretz Yisrael, the replica includes the third Beis Hamikdash. Harav Levi Yitzchak of Berditchev added that all Jewish homes that are full of mitzvos and tzedakah will go up to Eretz Yisrael as well. Looking at the miniature display, one is awed by the amount of shuls, educational institutions, kollelim and yeshivos that are part of the Jewish renaissance in Moscow.