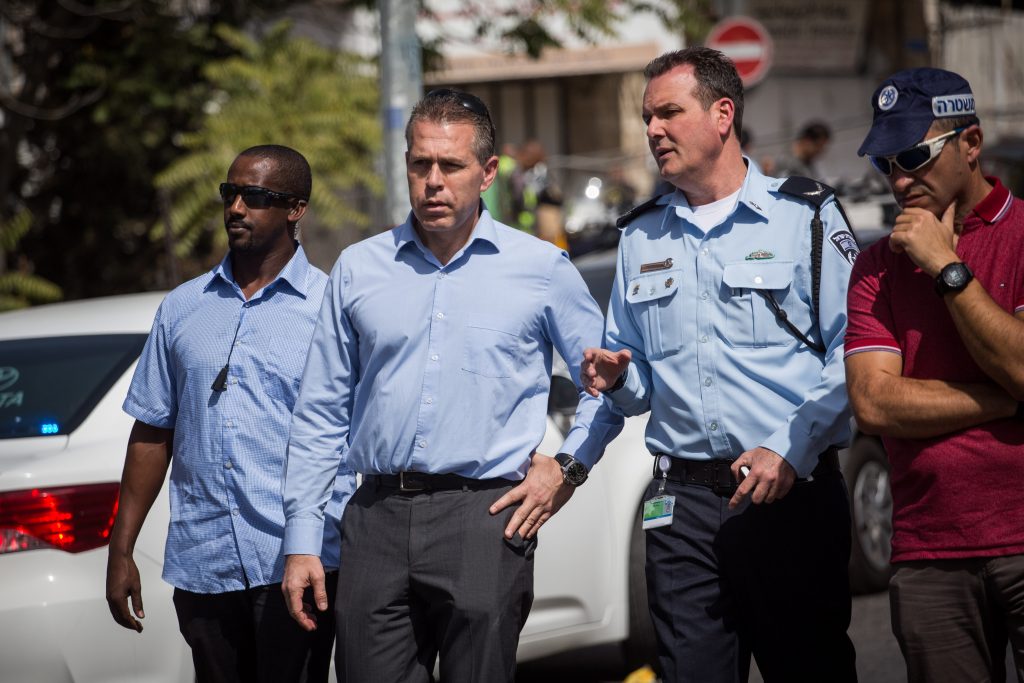 A day after the terrorist rampage that left two dead and five wounded amid charges of failure on the part of security forces, Public Security Minister Gilad Erdan on Monday denied any such failure in his department.

“Let’s not declare there was a failure here, because there wasn’t a failure or a foul-up,” Erdan told Army Radio, adding that “people should look at the broader picture,” noting the recent decrease in the number of Palestinian attacks.

Sunday’s attacker was supposed to have reported to prison Sunday morning to serve a four-month sentence for assaulting a police officer, after a judge granted him a delay of incarceration and allowed him to go home. His continued incitement activities at Har Habayis and the obtaining of an automatic weapon prior to the killing spree on Sunday somehow took place without his being arrested. Police were also criticized for not responding more quickly to the scene, where the rampage went on for over a mile before the terrorist was finally shot down.

The attacker, whose name was still under a police gag order, had an extensive police record, and had already served time in jail for inciting violence and supporting terrorism. He had been banned from entering the Yerushalayim area, as well, and yet police did not seem to be tracking his movements.

Yerushalayim’s police chief Yoram Halevy said that police were monitoring “many potential attackers” and the terrorist was “one of those who certainly had the potential” to carry out an attack, though he would not say why he was not under close surveillance.

Halevy said that the reinforced police presence in the capital had prevented an even graver attack. The killer, who reportedly used an Israeli army-issue M-16 machine gun, had “lots and lots of ammunition,” he said, and was headed to the center of town, where “he would have killed lots of people.”

“The [judicial selection] committee is responsible for ensuring that Israel has judges who protect the security of its citizens and that the public maintains its trust in the judiciary system. The situation which occurred yesterday is intolerable. A terrorist known to security forces received five months to plan his next attack — because he had to work in his father’s store, or some other excuse,” Avni told Arutz Sheva.

“The judge preferred the terrorist’s convenience over national security. This is a terrible misjudgment on her part which cannot allow her to continue as a judge who enjoys the public’s trust,” said Avni.