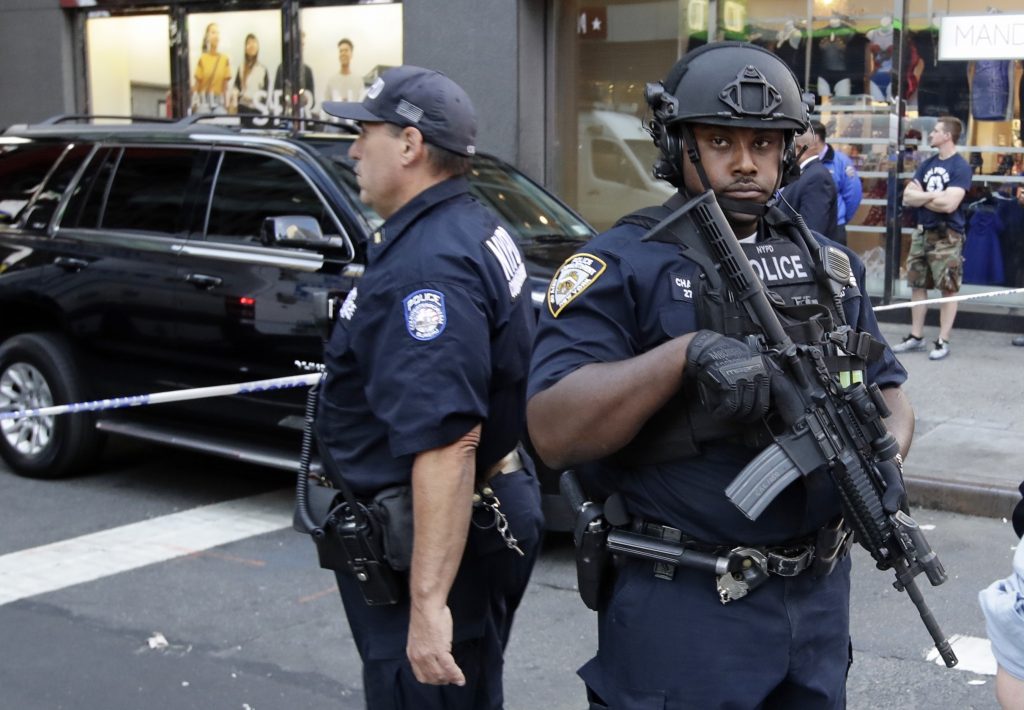 A man with a meat cleaver attacked an officer in midtown Manhattan Thursday and was shot at least twice during a struggle with officers trying to subdue him.

The gunshots rang out about a block from Macy’s flagship department store just as rush hour was getting underway Thursday evening. Police say the wounded man, identified as Akram Joudeh, a Muslim man from Queens, is hospitalized in critical condition. An off-duty police detective has been hospitalized with a slash wound to the face.

The officers had chased Joudeh and unsuccessfully tried to subdue him with a Taser before the struggle that led to the shooting.