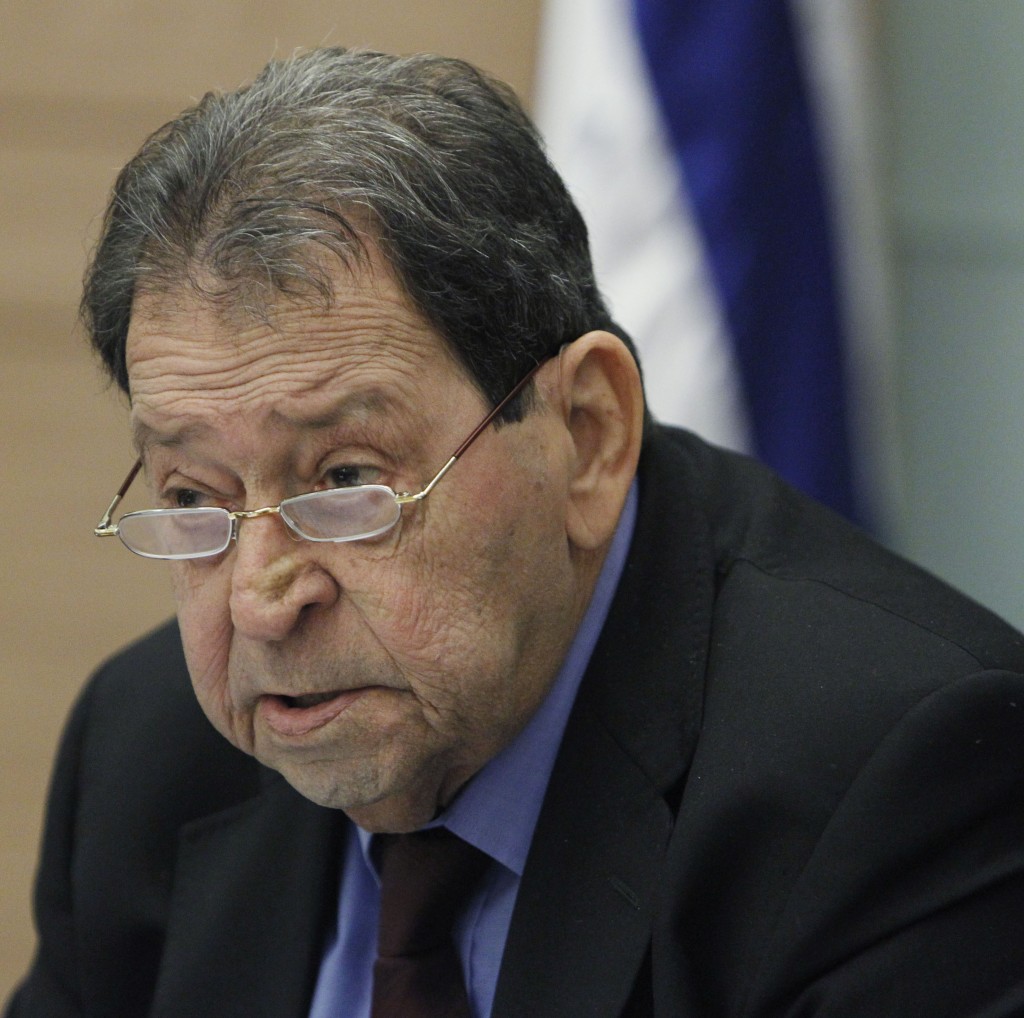 Former Defense Minister and longtime MK Binyamin Ben-Eliezer, who passed away Sunday of heart complications, is to be laid to rest Tuesday, and there is a good chance his son Ofir will attend the funeral – after he was assured by police that they would not arrest him if he came back to Israel for the funeral and the shivah. He is currently in the United States.

An arrest warrant had been issued against the younger Ben-Eliezer in the context of the police investigation against the family. According to Yediot Acharonot, Ofir Ben-Eliezer has already been questioned by the FBI on money-laundering and illegal transfer of funds. Israeli authorities want to question him on those matters as well.

In the wake of the passing of his father, attorneys for the younger Ben-Eliezer requested immunity for the visit, and according to the report, police officials agreed.

Speaking on Army Radio Monday morning, former minister Yossi Beilin said that he was not retracting a statement he made Sunday night relating to what he called the “hypocrisy of Ben-Eliezer’s so-called friends.” In an interview Sunday right after the death of Ben-Eliezer was announced, Beilin said that while he expected that the entire political establishment would join in to eulogize Ben-Eliezer, he personally could not forget “the truly harsh things people said to me about him over the years. Now they are appearing in the media and are competing about who will praise him more. The hypocrisy is truly ugly.”