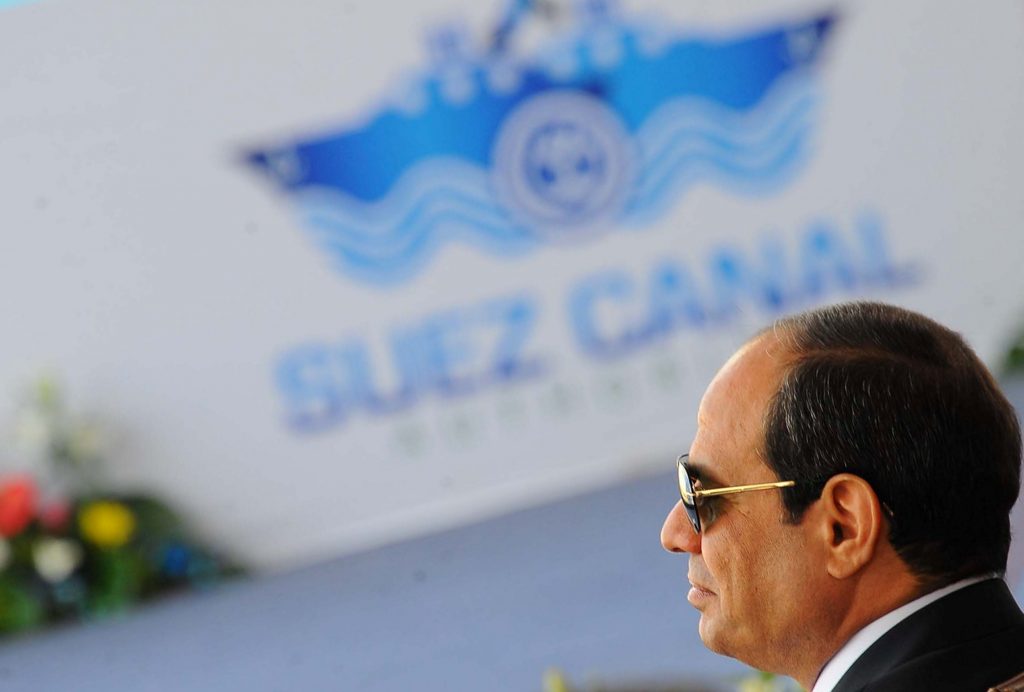 Sisi told Egyptian journalists late on Sunday that Putin informed him he would actively involve himself in Mideast peacemaking, and invited others to take part in moving the peace process forward.

Earlier in the day, a high-ranking Israeli delegation met with Egyptian counterparts in Cairo, according media reports. They discussed restarting the frozen peace process and other matters of mutual interest in meetings that lasted several hours.

The London-based newspaper Al-Quds Al-Arabi said the Israelis arrived in a special plane from Ben Gurion Airport and returned to Israel after completing the day’s official business.

Sisi also told the journalists that reconciliation between Fatah and Hamas was a necessary part of the process, without which negotiations would be ineffective.

Palestinian Authority President Mahmoud Abbas’s resistance to an Egyptian-led conference appeared to be weakening. He informed Egypt he is no longer opposed to participating in a Cairo summit, according to Israel Radio on Friday.

However, Abbas has not abandoned his preconditions. He urged Egypt to pressure Prime Minister Binyamin Netanyahu to freeze construction in Yehudah and Shomron and release Palestinian prisoners ahead of a proposed meeting between the two.

Cairo’s position on the Palestinian stipulations was not immediately clear.

Abbas also said that the Egyptian initiative would not replace the French initiative to revive talks, which the Palestinians have favored but Israel has strongly opposed.