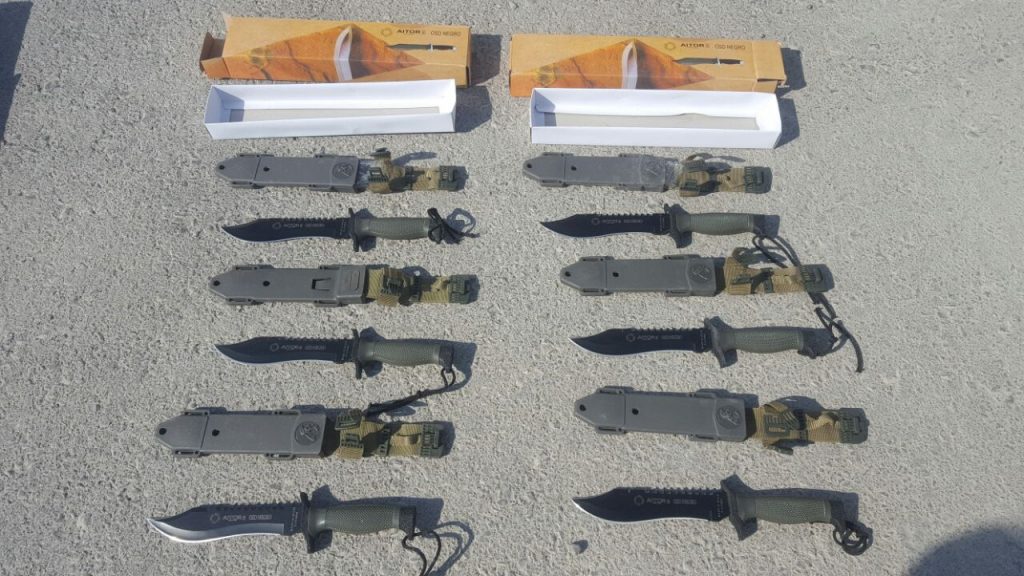 Ministry of Defense Crossing Authority officials, in collaboration with the Shin Bet, foiled an attempt to smuggle commando knives into the Gaza Strip through the Kerem Shalom Crossing, it was announced on Wednesday.

Two boxes containing professional grade 30 cm commando knives that were hidden in a shipment of technicians’ tools were seized on Tuesday.

Officials also foiled an attempt to smuggle graphite hidden in a shipment en route to the Palestinian electric company. Graphite is a raw material used in the production of rocket fuel.

In both cases, the materials were confiscated and investigations have been opened to locate those involved and responsible.