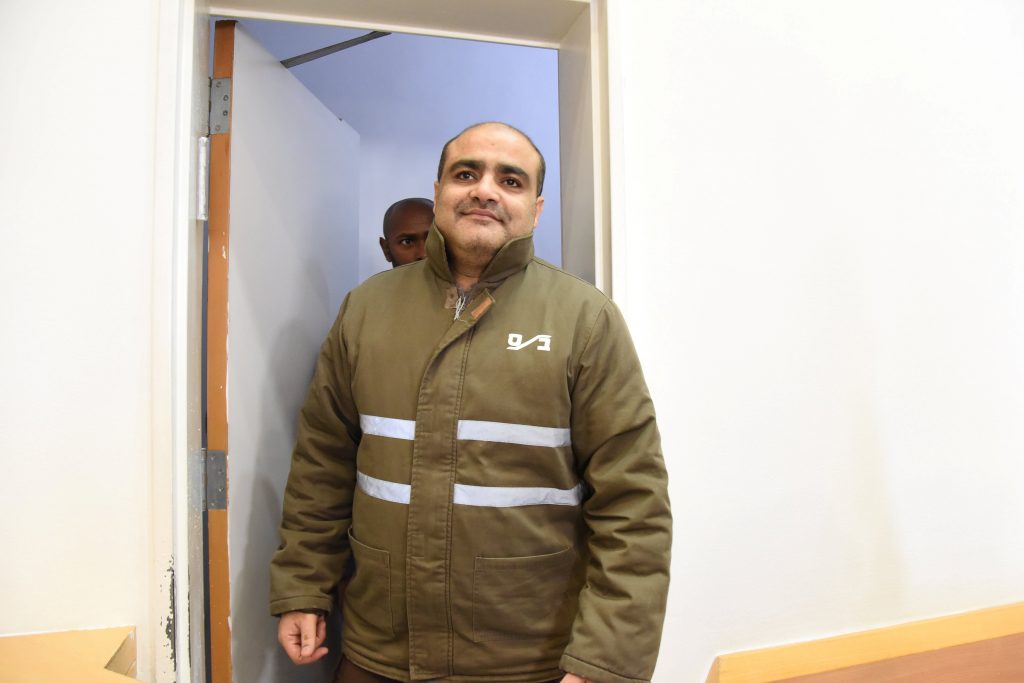 A top official of an American humanitarian group called World Vision was also a top Hamas terrorist – and in that capacity, he funneled millions of dollars to Hamas’s military wing, the Shin Bet and IDF revealed Thursday. Mohammad el-Halabi was indicted in a Be’er Sheva court Thursday, after having been “extracted” from Gaza by IDF forces.

Among the projects funded by World Vision through Halabi’s services were terror tunnels and weapons factories, used by Hamas to develop weapons and attack Israeli civilians. Halabi was indicted on 12 counts of organizing and participating in terror activities, contact with foreign agents, fraud, conspiracy to commit murder and more. World Vision is an Evangelical Christian humanitarian aid, development and advocacy organization, and sponsors missionary activity as well. It is active in more than 90 countries, and in 2011 had revenues of nearly $3 billion from grants, product and foreign donations. Halabi has been a member of Hamas since 1995, and joined the terror group’s al-Aqsa Brigades in 2004. In 2005 he was hired by World Vision to manage projects in Gaza.

As an employee of an international humanitarian organization, Halabi had an entry visa into Israel. The Shin Bet did not say if he used that visa to help Hamas terrorists carry out terror attacks in Israel. However, as part of his job, Halabi had the power to sign off on budgets for World Vision projects – and he took advantage of that, officials said, siphoning off nearly $10 million to fund Hamas terror projects, including the network of underground tunnels the terror group has been trying to build to enable its terrorists to get into Israel.

Besides funding those projects, Halabi ferried physical aid – food, blankets, tents and much more – from the residents of Gaza for whom they were intended, providing them to members of his al-Aqsa gang. He also ordered thousands of tons of steel and building materials for “humanitarian” purposes, providing them to Hamas for terror activities.

Halabi himself visited the tunnels, and according to the indictment, in 2012 he provided a map to Hamas of areas in Israel that would provide proper cover to terrorists who could emerge from tunnels unnoticed – areas of forest growth, crop fields or other potential camouflage. He himself also participated in military maneuvers with al-Aqsa terrorists, and even supplied them with World Vision-funded stipends of as much as $30,000 each.

“Money was used to fund Hamas and pay armed-wing fighters, and food and health packs intended for Gaza residents were also given to Hamas operatives, rather than to their intended recipients, the poor and meek of Gaza,” a senior Israeli security official said.

The official said that some of the money Halabi was accused of taking had been used to buy arms for terrorists in Egypt’s Sinai Peninsula, which also borders Israel, and that a Hamas military base was built with $80,000 of the funds.

World Vision said in a statement that it was “shocked” by the allegations and said it has “no reason to believe” they are true. An Israeli Foreign Ministry official said that Kent Hill, a senior official with the organization, was holding meetings in Israel over the accusations. The official spoke on condition of anonymity because the meetings were private.

Hamas spokesman Sami Abu Zuhri, speaking in Gaza, said the group had “no connection to (Halabi) and therefore, all Israeli accusations are void and aim to suppress our people.”