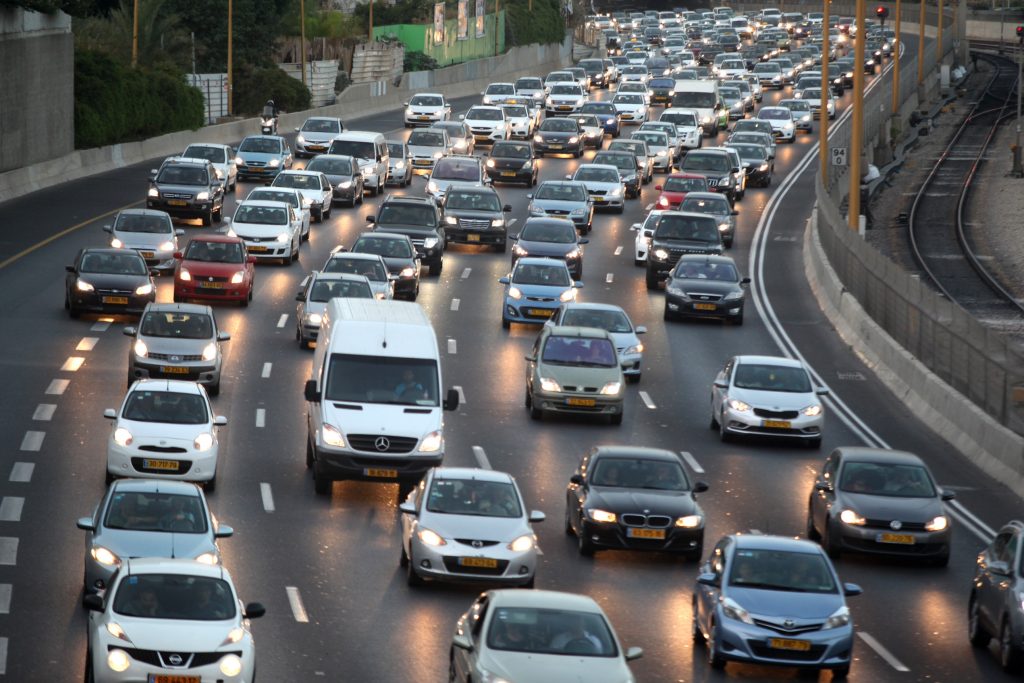 YERUSHALAYIM – The tax on high polluting cars has made Israel’s auto market greener, but in an unforeseen consequence, has also made Israel’s roadways the most congested in the OECD, Globes reported on Sunday.

In a new OECD report, Israel is commended for its innovative tax on polluters, which had a “tremendous” effect in encouraging the purchase of cleaner cars. The OECD hails the unique method of calculating the tax Israel formulated in 2009, as “innovative and creative in referring not only to CO2 but taking into account five different pollutants and using the vehicle purchase tax to differentiate car models according to their relative impact on the environment.”

The tax was introduced in 2009, and by 2014 about 83 percent of the private cars sold in Israel were in the lowest pollution grades, compared with 19 percent in 2009.

However, green tax benefits also dramatically reduced the real purchase tax for many cars, leading to a surge in car sales. That in turn led to a substantial increase in traffic congestion, and a rise in pollution, despite decreasing emissions per vehicle.

Despite the backfire, the OECD declared that the Israeli green tax calculation model could serve as an example for other countries, though stipulating that “care is needed to avoid turning it into a subsidy encouraging car purchases.”

The Europeans also called on Israel to take steps to decrease car use, and suggested expanded investment in public transportation, reducing vehicle-related employee benefits and – a congestion tax.