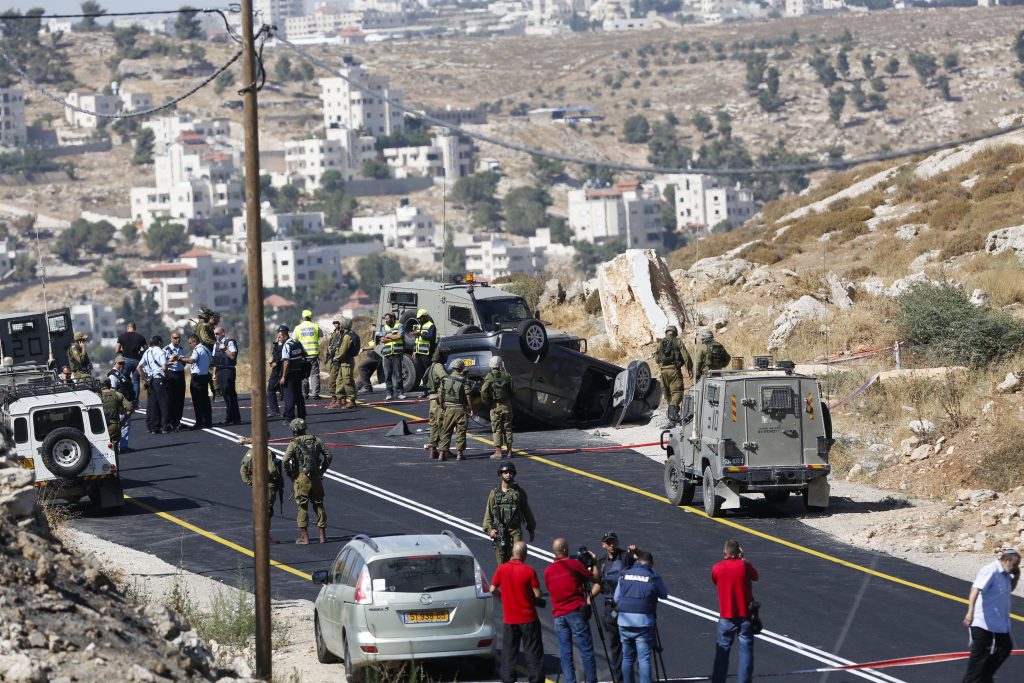 YERUSHALAYIM – Dr. Ali Abu Sarach, a Palestinian doctor who attempted to help members of the Mark family when they were attacked by terrorists on July 1st, was presented with a suite of lifesaving equipment for use in his practice by Haztalah of Yehudah and Shomron and the “Rescuers Without Borders” organization. The equipment was presented in recognition of the lifesaving efforts by the doctor in the terror tragedy that took the life of Rabbi Michael Mark, Hy”d.

Rabbi Mark was killed, and three other family members were injured, when the vehicle they were riding in crashed and flipped over after terrorists opened fire on it south of Chevron. Rabbi Mark, the administrator of the Hesder Yeshivah in Otniel, was on his way with his family to spend Shabbos with family members.

Dr. Sarach, who was driving behind the Marks, stopped his car and got out to administer first aid, alerting authorities to the situation. According to medical experts, the first aid he rendered, while not sufficient to save the life of the rabbi, helped ensure that his wife Chava would make a recovery. Chava Mark was brought to the hospital in critical condition, but, b’chasdei Shamayim, was released just a few days later.

Among the equipment given Dr. Sarach was a mobile kit that he could use in similar life-saving circumstances in the future.