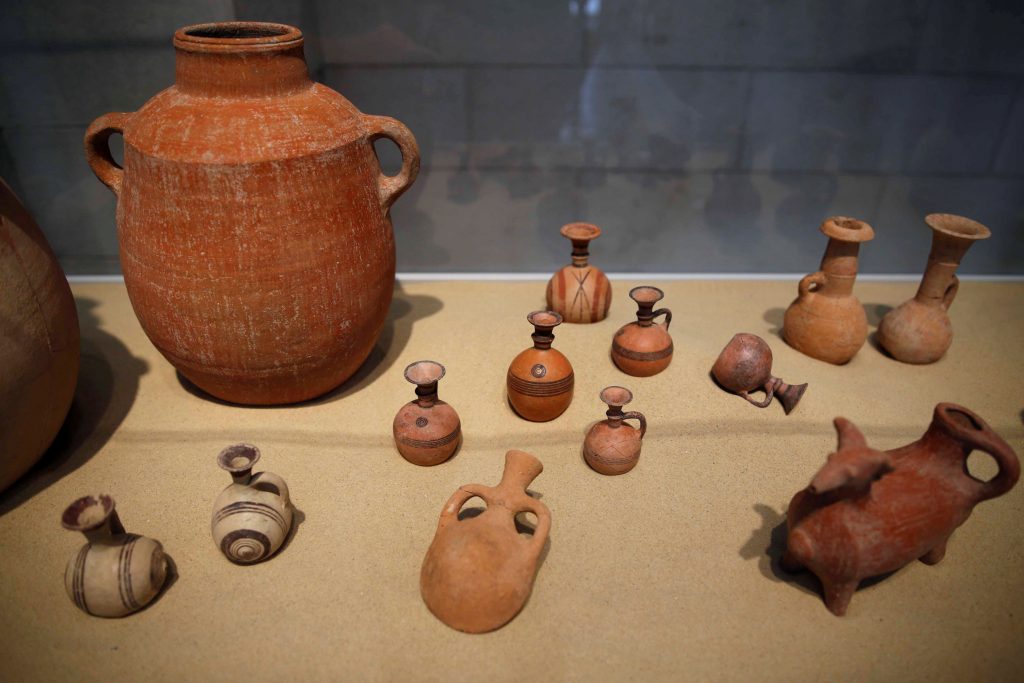 Archaeologists have unearthed what they believe to be a 3,000-year-old Philistine cemetery, where the dead were buried along with jewelery and perfumed oil.

Researchers have called it the first discovery of a Philistine cemetery. It contains the remains of about 150 people in numerous burial chambers, some containing surprisingly sophisticated items.

The team also found DNA on parts of the skeletons and hope that further testing will determine the origins of the Philistine people.

The archaeological team dug down about 10 feet to uncover the cemetery, which they say was used centuries later as a Roman vineyard.

Decorated juglets believed to have contained perfumed oil were found in graves. Some bodies were still wearing bracelets and earrings. Others had weapons.

Bones, ceramics and other remains were moved to a tented compound for further study, and some artifacts were reconstructed piece by piece. The team mapped the position of every bone removed to produce a digital 3D recreation of the burial site.

Final reports on the finds are being published by the Semitic Museum at Harvard University.