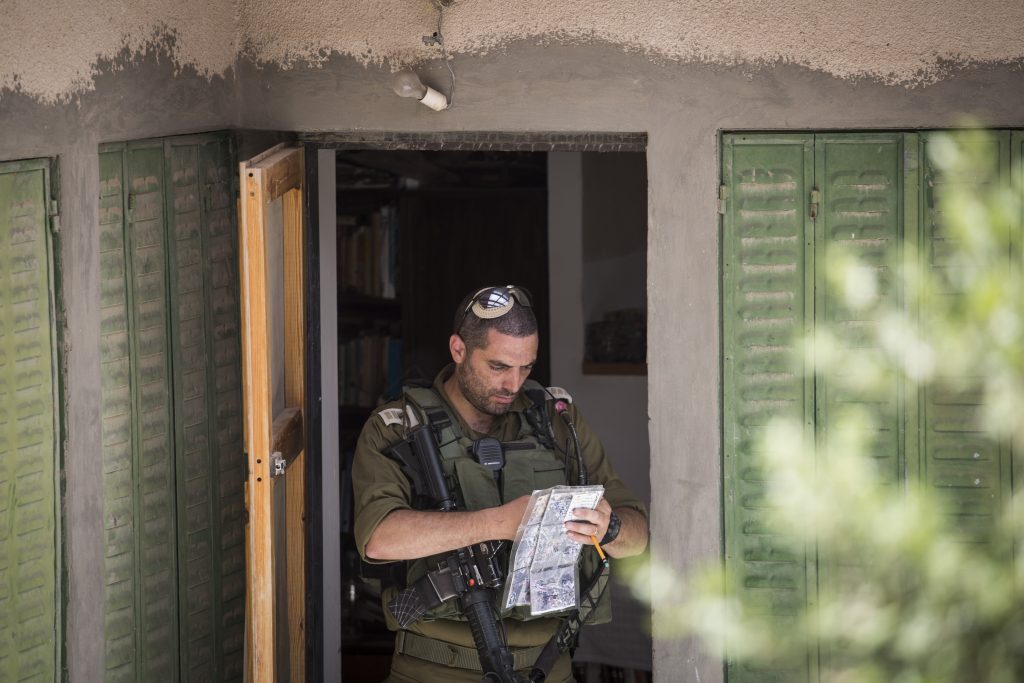 IDF soldiers overnight Monday issued a demolition order to tear down the home of the family of Muhammah Tararia, the murderer who killed Hallel Yaffa Ariel, Hy”d, last Thursday in her home in Kiryat Arba. Large forces arrived at the home late Monday night to issue the order against the home in the village of Bani Na’im, which is still under a closure order. No date has been set yet for the actual demolition.

Still in custody is the sister of Tararia, who was arrested after giving an interview on Palestinian Authority television praising the murder. She is being held on incitement charges.

On Tuesday, a driver on Road 60 south of Shechem was attacked by rioting Arabs, who threw rocks at his vehicle. B’derech nes, the driver and passengers were uninjured and o nly the vehicle was damaged. The site of the attack, near the Hawara checkpoint, has been the scene of dozens of similar attacks in recent weeks.