Politics ANALYSIS: Indicted or Not, Clinton Could Be Hurt by Email Controversy
Politics 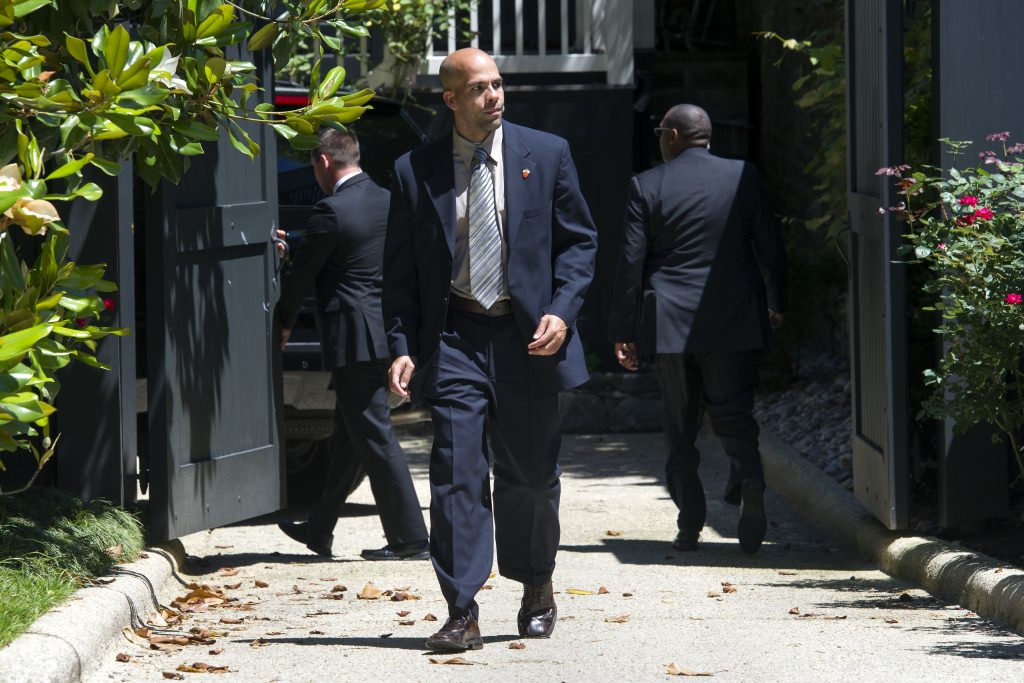 No matter how the FBI investigation into the handling of sensitive information on Hillary Clinton’s personal computer server ends, it is likely to hurt her campaign for president.

If the former secretary of state is indicted, she will face further questions about her honesty and perhaps even calls for her to step aside. If she isn’t indicted, critics will accuse the Obama administration of letting her escape charges merely because they want her to win the election.

Clinton was interviewed by the FBI Saturday at its headquarters in Washington, according to her campaign, suggesting that the inquiry is nearing its end.

“Secretary Clinton gave a voluntary interview this morning about her email arrangements while she was secretary,” Clinton campaign spokesman Nick Merrill said in a statement. “She is pleased to have had the opportunity to assist the Department of Justice in bringing this review to a conclusion.”

However it concluded, events last week indicated anew that Clinton is likely to emerge scarred. A new controversy over the Obama administration’s handling of the case and Attorney General Loretta Lynch’s refusal to assign it to a special prosecutor far removed from the White House was a reminder that critics would always say that political favoritism toward Clinton tainted any decision to clear her.

Under pressure after she met privately with Clinton’s husband this week at his invitation, Lynch announced Friday that she expects to accept the recommendation of investigators and prosecutors at the FBI and the Justice Department as well as FBI Director James Comey, a Republican, in the case. “I fully expect to accept their recommendations,” she said.

She said that she still plans to review the case, which was begun by the FBI’s Counterintelligence Division after classified information was found in some of Clinton’s emails last year.

Don Smaltz, a lawyer appointed as an independent counsel to investigate former President Bill Clinton’s secretary of agriculture, Mike Espy, in the 1990s, said Lynch should have appointed a special prosecutor last year.

“I think she would have a more thorough investigation,” he said. “The public could have more confidence in whatever the outcome is.”

At least 2,079 emails that Clinton sent or received contained classified material, according to a State Department review of emails Clinton turned over after she left the department. Most were at the confidential level, which is the lowest level of classification, but a few were at the top secret level.

In October, 44 Republican lawmakers sent a letter to Lynch demanding she name a special prosecutor. “A special counsel must be appointed to preserve the integrity of this investigation and any subsequent prosecution and ensure that there is no bias or undue influence from the White House,” the lawmakers wrote.

White House press secretary Josh Earnest has repeatedly said Obama has not and will not be involved in any decision relating to the case.

“He believes that this matter should be handled without regard to politics,” Earnest said Friday. “And he believes this investigation should be conducted based on facts, not based on the political affiliation or the political standing of anybody who may be involved in it.”

After Watergate, Congress passed a law allowing for the appointment of an independent counsel to create a check on the president and top appointees. But lawmakers let the statute expire after Kenneth Starr’s investigation of Bill Clinton led to the president’s impeachment and trial.

The law required the attorney general to appoint an independent counsel — chosen by a panel of judges — when there was substantial evidence of a crime by any of 49 federal officials. Without the law, Lynch is allowed but not required to appoint a special prosecutor.

Peter Zeidenberg, a former federal prosecutor who handled cases against public officials, including Vice President Dick Cheney’s chief of staff, Scooter Libby, said attorneys general investigate and prosecute government officials all the time. “There is no requirement for attorneys general to recuse themselves,” he said.

Legal experts say independent counsels or special prosecutors have, at times, abused their own power or made their cases political.

A report by the State Department inspector general determined that her email arrangement violated State Department rules, that she did not seek permission for the setup and that it was shut down at least once because of fears it had been hacked.

Clinton did not hand over all her work emails, despite being asked to do so repeatedly. She said she is unable to access emails she sent or received in her first two months as secretary of state because they were not yet being captured on her server. And in recent weeks, several new batches of emails have come to light that she did not turn over.