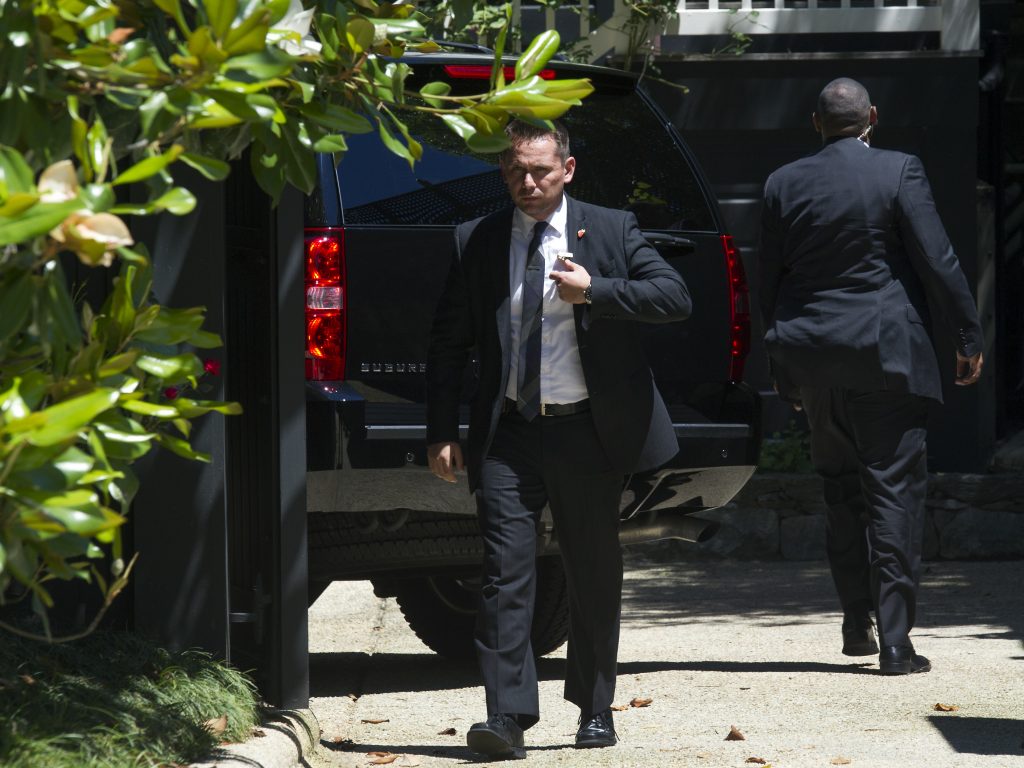 The FBI interviewed Hillary Clinton on Saturday about her use of a private email server while she was secretary of state, her campaign announced after the meeting, as federal investigators neared the end of the probe that has hung over her White House bid.

Clinton, the Democratic presidential candidate, gave a voluntary interview for 3-½ hours at FBI headquarters in Washington, her campaign said.

“She is pleased to have had the opportunity to assist the Department of Justice in bringing this review to a conclusion,” Clinton spokesman Nick Merrill said. “Out of respect for the investigative process, she will not comment further on her interview.”

Spokespeople for the FBI and the Justice Department declined to comment Saturday.

Republican National Committee Chairman Reince Priebus said in a statement on Saturday that the FBI interview reinforces Clinton’s “central role in deliberately creating a culture which put her own political ambitions above State Department rules and jeopardized our national security.”

For Clinton, the interview could indicate that the Justice Department’s yearlong probe is drawing to a close only four weeks before she is set to be formally nominated as the Democrats’ choice to succeed President Barack Obama.

Clinton’s FBI interview was expected, and it does not suggest that she or anyone else is likely to face prosecution. Some legal experts view criminal prosecution as exceedingly unlikely. If Clinton and her aides are exonerated, it might help brush aside a major distraction throughout her campaign that has made many voters question her trustworthiness.

But as the past week shows, the case is complicated. Clinton sat down with the FBI just days after her husband, former President Bill Clinton, walked across a hot airport tarmac in Phoenix for an impromptu meeting with Attorney General Loretta Lynch and Lynch’s husband. The couple had just landed.

The nation’s top law enforcement official later expressed regret that she had met with the former president, whose plane was about to depart Phoenix, even though she said it was social in nature and they did not discuss the email review. Bill Clinton nominated Lynch as U.S. attorney for the Eastern District of New York in 1999.

Lynch said Friday that she intended to accept the findings and recommendations of career prosecutors who have spent months investigating the case.

Clinton’s campaign did not comment on the meeting between Lynch and the ex-president. But it has raised questions about its propriety given the investigation, and congressional Republicans have renews calls for the appointment of a special prosecutor in the case.

Donald Trump, the Republican Party’s presumptive nominee, has repeatedly said the email issue undermines Clinton’s fitness for office, and he suggested she will receive leniency from a Democratic administration. Trump has called his opponent “Crooked Hillary” and said she cannot be trusted in the White House.

During the campaign, the former New York senator has argued that she is more trustworthy than Trump on handling the issues that matter to most Americans: foreign policy, national security and running the economy.

But the investigation also poses an unwelcome distraction just as Clinton has vanquished her primary rival, Vermont Sen. Bernie Sanders, holds a huge fundraising advantage over Trump and polls show her well-placed to become America’s first female president even as many voters question her honesty.

While she was Obama’s secretary of state, Clinton exclusively used a private email server for her government and personal emails, rather than the State Department’s email system. The Associated Press revealed the existence of the server in March 2015.

Clinton has said relying on a private server was a mistake but other secretaries of state had also used a personal email address.

The FBI is investigating the potential mishandling of sensitive information. The matter was referred for investigation last summer by the inspectors general for the State Department and intelligence community following the discovery of dozens of emails that were later determined to contain classified material.

Clinton has repeatedly said that none of the emails were marked classified at the time they were sent or received. As part of the probe, she has turned over the hard drive from her email server to the FBI.

The State Department’s inspector general, the agency’s internal watchdog, said in a blistering audit in May that Clinton and her team ignored clear warnings from State Department officials that her email setup violated federal standards and could leave sensitive material vulnerable to hackers. Clinton declined to talk to the inspector general, but the audit reported that Clinton feared “the personal being accessible” if she used a government email account.

Agents have already interviewed top Clinton aides including her former State Department chief of staff Cheryl Mills and Huma Abedin, a longtime aide who is currently the vice chairwoman of Clinton’s campaign.

The staffer who set up the server, Bryan Pagliano, was granted limited immunity from prosecution by the Justice Department last year in exchange for his cooperation. The FBI as a matter of course seeks to interview individuals central to an investigation before concluding its work.

The emails were routed through a server located in the basement of Clinton’s New York home during her tenure as the nation’s top diplomat from 2009 to 2013.

The FBI interview comes as Clinton is set to embark on a major week of her campaign. She will join Obama for their first joint campaign appearance on Tuesday in Charlotte, North Carolina, and Clinton will follow it up with an event on Wednesday in Atlantic City, New Jersey, aimed at undercutting Trump’s business practices.