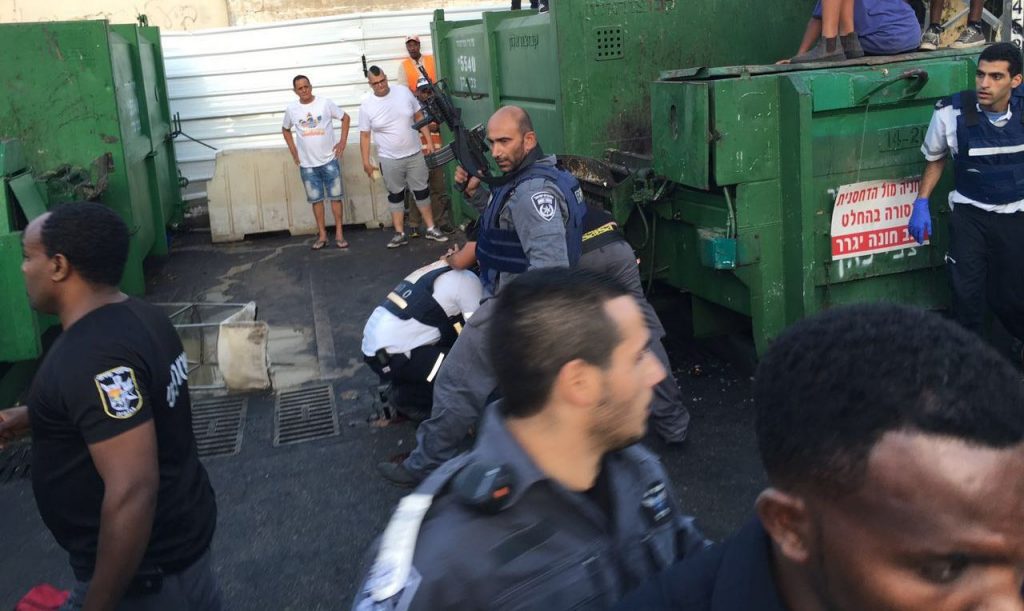 Two people were wounded Thursday evening in a stabbing attack by a Palestinian terrorist in the northern Israel coastal city of Netanya.

The terrorist – identified only as a Palestinian male from Tulkarem, an Arab city about 12 miles east of Netanya – stabbed a 40-year-old man and a 62-year-old woman near the city’s market on Rechov Milchemet Sheshet ha-Yamim (Six Day War Street). A child who witnessed the stabbings began shouting, “Terrorist! Terrorist!” The terrorist then turned to attack the child, but a security guard shot the terrorist dead before he could do any further harm.

The two victims were brought to Laniado Hospital in the city.

Ynet reported that the man underwent surgery and is now in moderate condition; the woman has light injuries.

Michael Toviana, an eyewitness to the attack, told Ynet, “I was passing by in the street when I saw the terrorist running with a large knife, shouting in Arabic.

“Three of us began to chase after the terrorist. At that point, there was a charedi who drew his pistol. We told him ‘He’s a terrorist – shoot him!’ He fired several shots, and the man fell to the ground. We watched over him until the police came.

“People were running in panic. It’s a good thing we stopped him when we did, because if he had reached the shopping area it could have been much worse.”