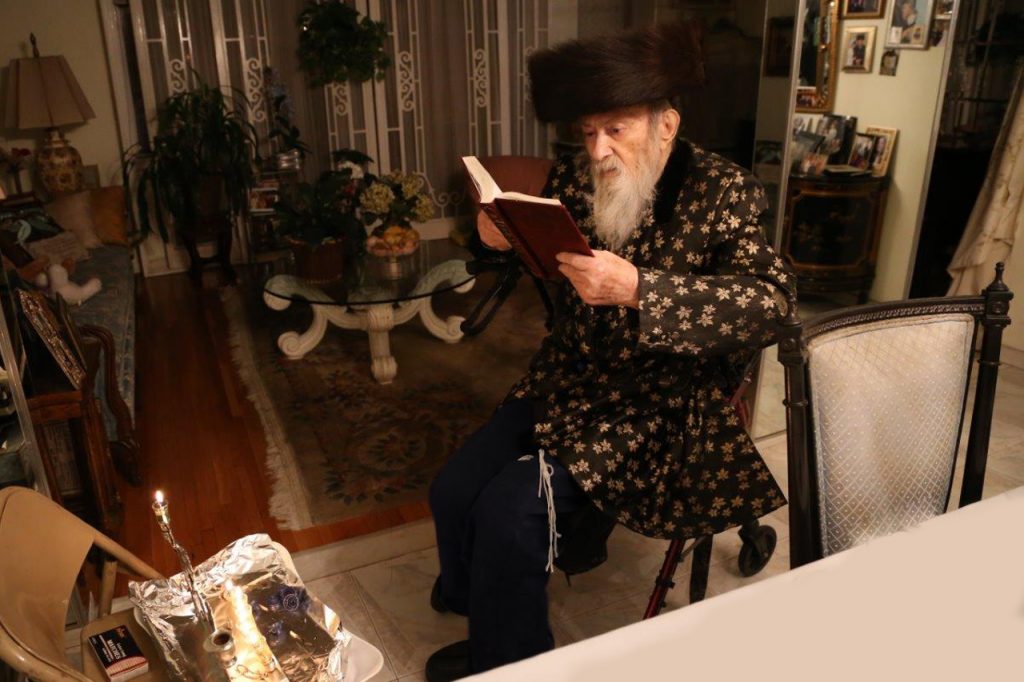 Rav Safrin was born in the early 1920s in Galicia to the renowned Gaon and Mekubal Harav Chaim Yaakov Safrin, zy”a, Komarna Rebbe, and Rebbetzin Rivka Henya, a”h. The family moved to America before the outbreak of the Second World War. Some years later, Harav Chaim Yaakov would move to Yerushalayim and establish his court there.

The niftar enjoyed an especially close relationship with his father and drew inspiration from his memory until his last days. He took great pride in carrying on the mesorah of the Komarna dynasty, known for its mystical depth in Torah and avodah. Rav Safrin had an extraordinary knowledge of the minhagim and divrei Torah of his great ancestors and was meticulous in remaining true to their hallowed traditions.

The Rebbe established and led the Komarna beis medrash of Boro Park for many decades. His inspiring tefillos, thought provoking divrei Torah and engaging personality made him an especially beloved figure.

Rav Safrin was privileged to know many of the Gedolei Yisrael in his youth and often recalled the powerful experience of participating in the “Rabbis’ March” on Washington in 1943. He was one of the last survivors of that historic event.