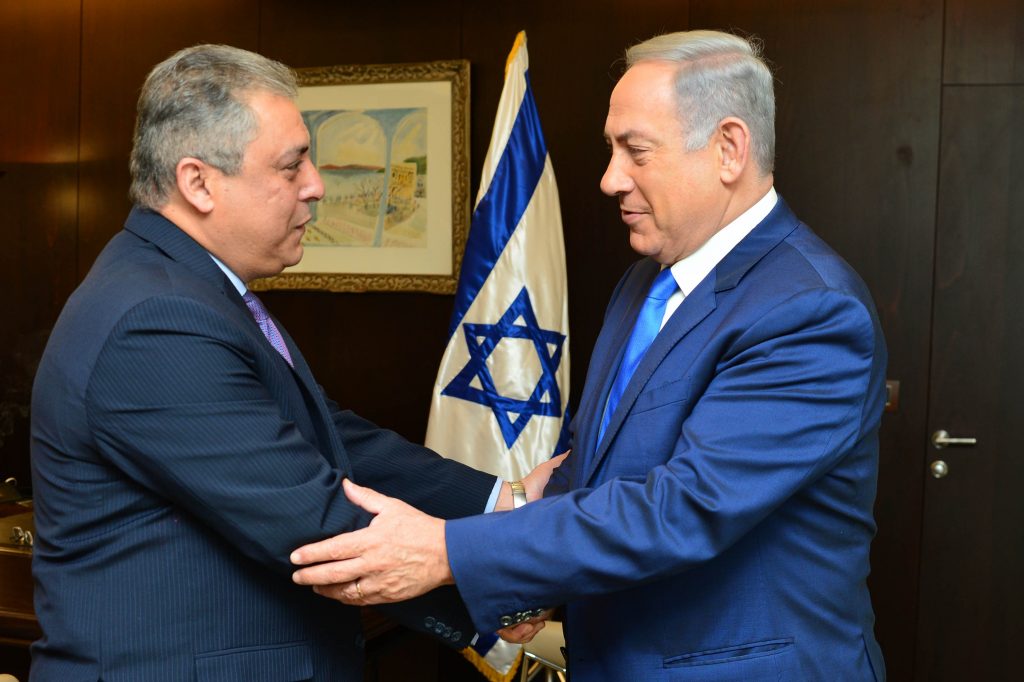 The Egyptian and Jordanian Ambassadors on Thursday urged Israel to accept the 2002 Arab Peace Plan, warning that “there is not much time left.”

Khairat stressed the urgency of the matter, citing “the tension in Yerushalayim, the deteriorating situation in Yehudah and Shomron…”

The Arab Peace Plan, also known as the Saudi Initiative, offers Israel normalized ties with the Arab world in exchange for a withdrawal to the pre-1967 lines and a solution to the Palestinian refugees problem. Prime Minister Binyamin Netanyahu recently called for adoption of a revised version of the initiative, though the details have not been spelled out.
Jordan’s Ambassador to Israel, Walid Obeidat, who shared the stage with him in Herzliya, joined in the same call for a renewed peace process based on the Arab Peace Plan, and also spoke in support of the French initiative.

“The Arab Peace initiative stands as the master of all initiatives when we talk about regional approaches,” Obeidat said.

The plan has the support of 58 Arab countries, Obeidat said.

“What more could Israel ask for than this?” Obeidat added.
Former head of the Quartet’s Yerushalayim Mission Robert Danin told the Jerusalem Post that both Israel and the Arab world have warmed to the plan over time.

When the Arab League endorsed it, it did so “grudgingly,” almost as if it was “a fax under the door,” he said. Since then, however, it “has endured and evolved.”

This is not “a take it or leave it document,” he said. It was also amended in 2013, to include the idea of land swaps in seeing the final borders of the two-state solution,” he said.