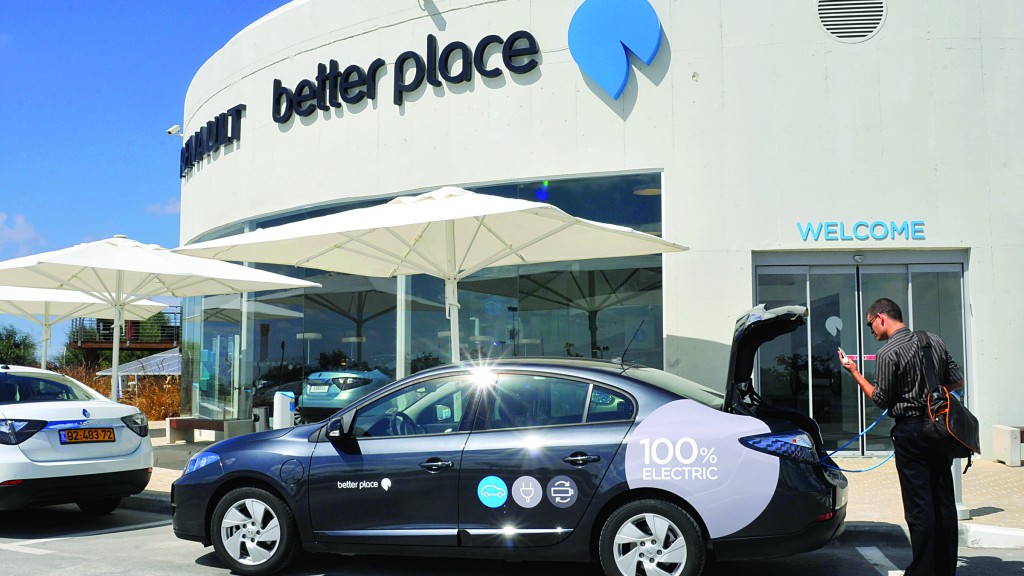 The receivers of defunct electric car maker Better Place are demanding a minimum of NIS 200 million ($45 million) from the former directors of the firm, including Shai Agassi and Idan Ofer. According to the receivers, Better Place was so saddled with debt acquired deliberately by its management that there was no option but to liquidate for a small percentage of what the company could have been worth.

Better Place was seen as the great hope for a burgeoning Israeli electric car industry, and had produced an electric car model in conjunction with car manufacturer Renault. “Flip stations,” where drivers could switch out batteries in minutes, were set up at dozens of locations around the country, and several thousand models were sold before the company declared bankruptcy in May 2013.

The company was eventually sold for pennies on the dollar, to the chagrin of receivers, who had been told that they were getting a far healthier company than they received. According to an investigation they initiated, the company was poorly managed from the start. Altogether, Better Place raised some $850 million from investors – money that has apparently disappeared, because the company had nearly zero in cash when the receivers took it over.

Add to that the fact that the company borrowed and currently owes suppliers several hundred million more, said attorneys representing the receivers, and you have the ingredients of a major financial scam, the receivers said.

Moshe Agassi, brother of Shai and the attorney representing the former owners had no comment.