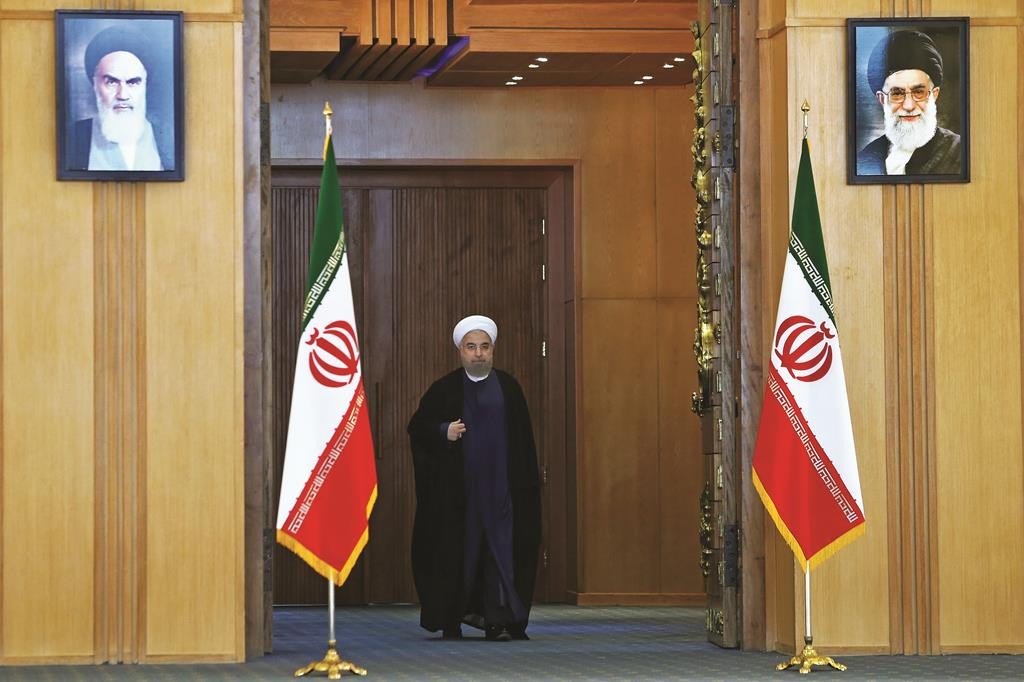 Iranians staged an international contest for cartoons depicting the Holocaust on Saturday but insisted the event was aimed at criticizing alleged Western double standards regarding free expression and not at denying the Nazi genocide.

The event was nevertheless likely to shock many around the world and could embarrass Iranian President Hassan Rouhani and other moderates who have tried to improve ties with the West following last year’s landmark nuclear deal.

Iran has long backed armed groups committed to Israel’s destruction and its leaders have called for it to be wiped off the map. Iran has also criticized depictions of the founder of Islam, arguing that Western countries tolerate expression deemed offensive to Islam but not the questioning or denial of the Holocaust.

“We have never been after denying of the Holocaust or ridiculing its victims,” contest organizer Masuod Shojai Tabatabaei said in a speech opening the event.

“If you find a single design that ridicules victims or denies, we are ready to close the exhibition,” he said. “Jews who lost their lives in the Holocaust were subject to oppression by Nazis.”

The denial or questioning of the genocide is widespread in the Middle East.

“Holocaust means mass killing,” Tabatabaei said. “We are witnessing the biggest killings by the Zionist regime in Gaza and Palestine.”

Israeli officials could not immediately be reached for comment on the event.

Some 150 works from 50 countries are on display in the contest, which opened on the anniversary of the state of Israel’s creation in 1948. Many of the works portrayed Israel as using the Holocaust to distract from the suffering of the Palestinians, and many compared Prime Minister Binyamin Netanyahu to Adolf Hitler.

The contest was organized by non-governmental bodies with strong support from Iran’s hard-liners, who were opposed to the nuclear deal and are against taking further steps to improve ties with the West. Some $50,000 in prize money will go to 16 finalists, with the top winner receiving $12,000. The exhibition runs through May 30.

A previous contest was held in 2006 during the presidency of Mahmoud Ahmadinejad, a hard-liner who referred to the Holocaust as a “myth” and repeatedly predicted Israel’s demise.

Tabatabaei also depicted the contest as a response to depictions of the founder of Islam by the French satirical magazine Charlie Hebdo and others, saying Western countries have a “double standard” when it comes to free speech. Holocaust denial and hate speech are illegal in some European countries.