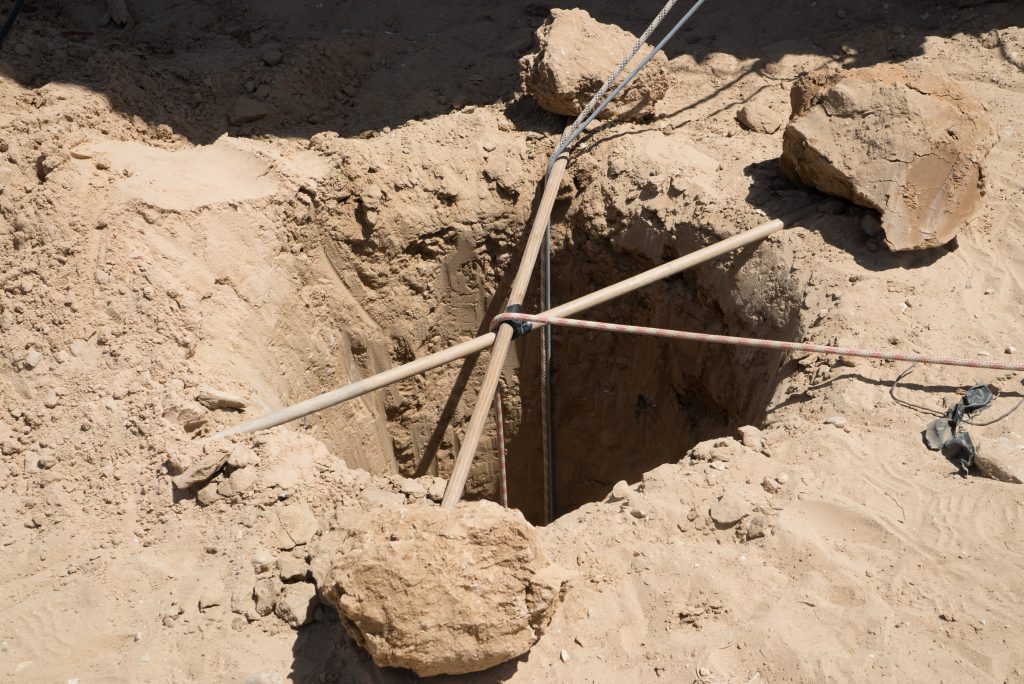 For the second time in a month, IDF forces have discovered an underground tunnel running from Gaza into Israel, it was released for publication Thursday. The 28-meter (85-feet) deep tunnel was discovered crossing into Israel from the southern Gaza strip. Security forces are examining the structure of the tunnel, with the intention of destroying it in the coming days.

In recent days, tensions have mounted in the south, as Hamas has been firing mortar shells at Israeli forces operating in the Gaza border area. The reason for the increase in tension is now clear: Hamas was trying to ward off the IDF before it uncovered the tunnel, and possibly other ones that are in the same area.

IDF officials said that it was not clear if the tunnel was new or had been used previously during Operation Protective Edge by Hamas and was refurbished – but there was clear evidence of recent use, the officials noted. Once again, advanced tunnel-detection technology was used to uncover the tunnel, as was the case with the tunnel that was uncovered last month. The officials stressed that they would continue to search for tunnels with all the means at Israel’s disposal.

Since Tuesday, Gaza Arab terrorists have fired five mortar shells at IDF soldiers along the Gaza border fence. IDF officials said overnight that Israel was not seeking to aggravate the security situation, but would respond to all acts of aggression. “If Hamas continues its aggression on any level, Israel will continue to respond with all the means at its command,” a statement by the IDF said.

It is now clear that Hamas was hoping to frighten the IDF away from the Gaza border area before the tunnel was uncovered. A report on Channel Ten Wednesday said that the new round of Hamas attacks were born of desperation – because Hamas is desperate to prevent the IDF from further investigations in the underground terror tunnel network under the Gaza border.

“For weeks, dozens of tractors and other heavy equipment have been operating on the Gaza border,” said Channel Ten’s correspondent. “What has changed is that Hamas is apparently trying to send the IDF message – you can operate in some areas, but not in others, and apparently the army is operating in an area that Hamas is trying to force soldiers away from.”

Because of security clearance issues, the correspondent said that he was not permitted to give more details, “but anyone with a head on their shoulders knows what we are talking about.”

The IDF also denied Thursday that there had been any agreement with Hamas on the IDF’s halting its tunnel-detection operations in exchange for quiet. In a statement late Wednesday, Hamas said that it had come to an “understanding” with the army over the matter. Hamas said that the IDF would remove its heavy machinery from inside Gaza and pull it back to at least 150 meters from the border fence.

“Our efforts to locate and destroy the Hamas terror tunnel network are our main priority due to the serious threat to the lives and well-being of Israeli civilians,” the army said in a statement. “The IDF does not, and will not, tolerate any attempt to threaten the lives of the people of southern Israel and is determined to continue to foil any attempt to do so. Hamas’s continued aggression jeopardizes the people’s mutual interest and right to a calm and quiet normal life, and our activities are intended to restore the quiet and negate the threat.”