Israel Killer of Avraham Hasno to Be Charged With Murder
Israel 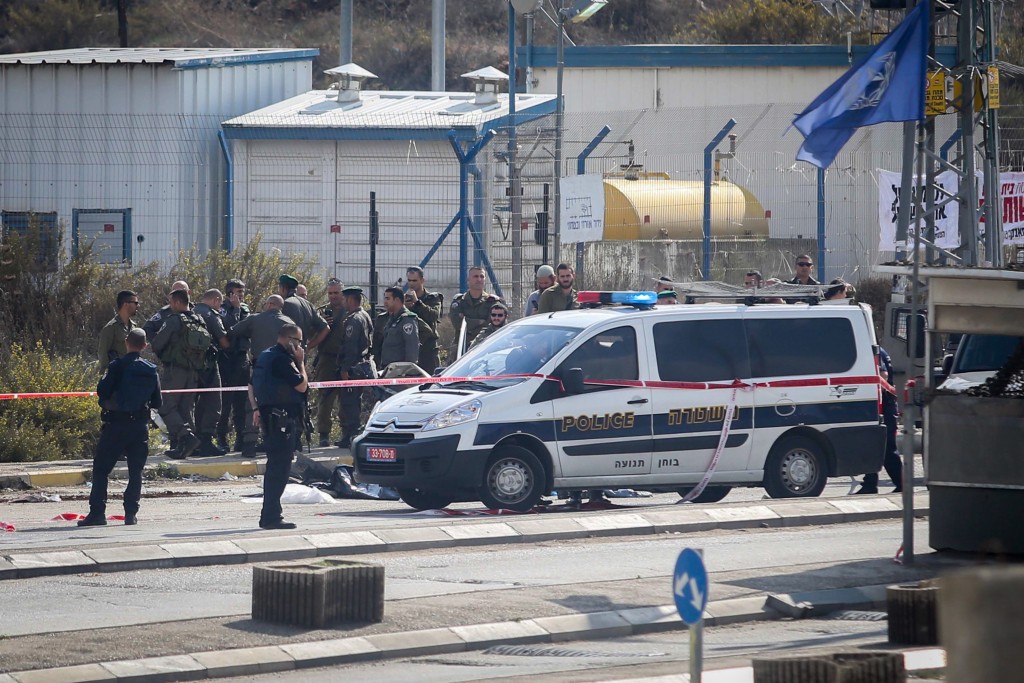 The family of terror victim Avraham Hasno, Hy”d, 54, of Kiryat Arba, expressed satisfaction Wednesday morning after military prosecutors upgraded the charges against the terrorist, who ran down and murdered Hasno last October, on Tuesday. Originally charged with manslaughter, the terrorist will now be charged with murder.

Speaking on behalf of the family, attorney Ofir Sabbagh said that prosecutors “finally, after endless meetings, realized just how serious the evidence was, and they realized they had made a mistake. Now justice will be served.”

The terrorist is a resident of the village of Dahariya, near Yattir in the south Chevron Hills. Hasno was killed on October 20th, as he was returning home from Otniel, where he was in charge of the yeshiva high school and kitchen. Palestinians blocked the highway with burning tires and pelted his car with stones, causing him to stop on the side of the road and exit his vehicle. He was then hit by the truck and fatally wounded. MDA paramedics attempted to resuscitate Hasno in preparation for evacuation by helicopter, but he died at the scene.

The Defense Ministry initially refused to recognize Hasno as a terror victim, preferring to call the incident a traffic mishap. After pressure, that decision was revoked and Hasno was added to the list of terror victims.

Despite that, prosecutors decided that they should charge the terrorist with manslaughter. Army prosecutors did not say why they had gone for the lesser charges. Hasno’s son said that when he asked, he was told that it was the decision of the prosecutor, and that “he did not have to tell us why, nor would he.” According to Palestinian Authority police, the driver turned himself in to them after he killed the elder Hasno. IDF soldiers picked him up after he was released.

According to family members, the terrorist “came specifically to murder our father, and there is plenty of evidence showing this. Taxis and trucks blocked our father’s vehicle, and he had no choice but to leave his vehicle and try to escape on foot – when the Arab driver targeted him and ran him down,” a family member said on Israel Radio.

Sabbagh said that despite the victory, the war was not over; the family would now press for a full conviction of the terrorist driver. “We now face a new stage in this saga, and we will do everything to ensure that this terrorist will rot in jail,” he said.