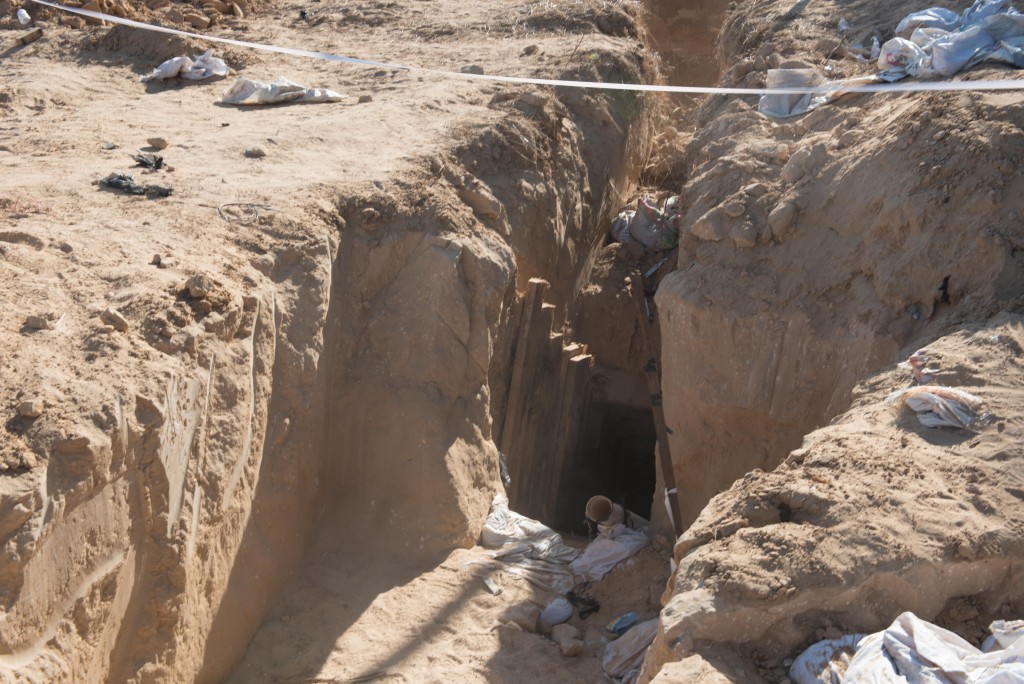 The gag order has been lifted. As of Monday morning, the secret is no longer a secret.

Those who read here our reports in recent weeks on the situation on the southern border with Gaza could already discern that something out of the ordinary was happening there.

Now it is possible to reveal the background to the destabilized security situation that had taken hold. The IDF had identified a Hamas terror tunnel that had been dug from within Gaza and that extended to within Israeli territory, in the central Gaza Strip area between Kerem Shalom and Chulit.

The entranceway to the tunnel had been discovered in a field some distance from the private houses. The tunnel in question was about a mile and a half long, though only the far end crossed the border into Israel; the rest was in Gaza.

The discovery of the tunnel 12 days ago was kept secret even from the residents of the Gaza border area and the civil defense officials in the vicinity.

All for a clear purpose: to neutralize the tunnel before its discovery became known and Hamas would be drawn into making an unwanted response that, it was to turn out, Hamas did not want, either.

Hamas operatives became aware of the approach of IDF forces in the tunnel, and realized that their secret had been exposed, and despite that, did not intervene while the Israelis carried their work to completion.

Giant IDF tractors entered last week into Gaza territory, not far from the border, where they uncovered the part of the tunnel that endangered Israeli security. Within a few days, the work was finished, on both sides of the border. At the moment it was done, it was only a question of time until the gag order would be lifted, and that came on Monday morning.

The commander of the southern district, Gen. Ayal Zamir, noted that “exposure of the tunnel in recent days was the result of an ongoing and determined effort by the IDF to use all means at its disposal above and below ground to prevent attacks on Israeli civilians or soldiers.”

Israeli Prime Minister Binyamin Netanyahu hailed the discovery and neutralization of the Hamas tunnel as a “pioneering achievement” and a significant breakthrough on Monday.

Netanyahu said further that the government has invested a “fortune” in the tunnel detection technology which has already begun yielding results.

The IDF published on Monday pictures of the work carried out by the engineering corps. From the images it can be seen that they used giant drills that penetrate deep underground searching for tunnels and sounds of digging. The IDF has carried out close to 100 such drillings all along the Gaza border.