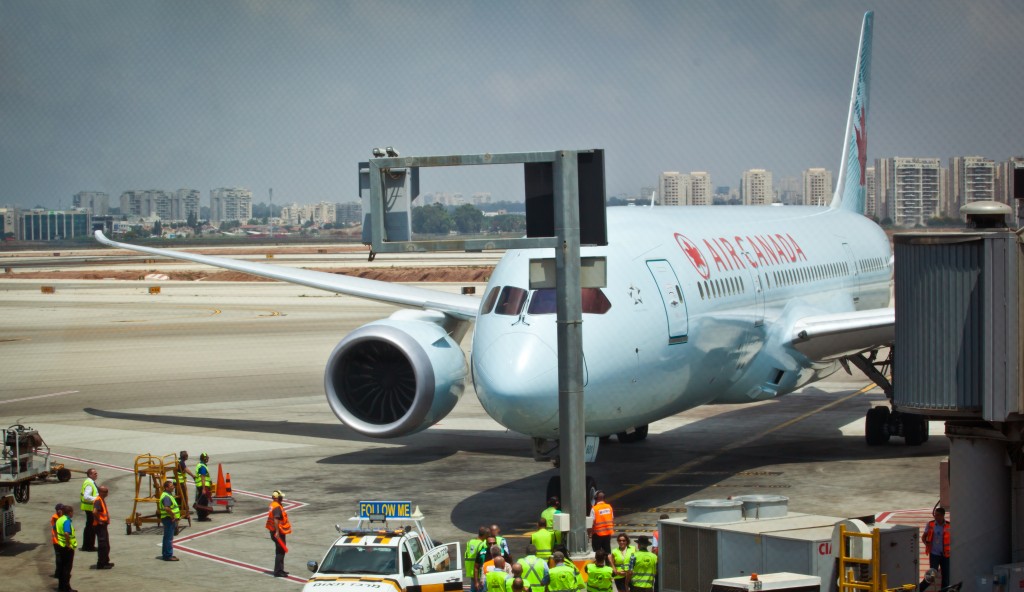 Air Canada is upgrading its service to Israel. Beginning in June, the company will begin flying daily between Tel Aviv and Toronto, and passengers will be treated to a ride on the new Boeing 787-8 – the “Dreamliner,” replacing the airline’s current Boeing 787-9.

The new plane holds more passengers – 298, vs. 251 in the current plane – but as it is bigger, it is more comfortable and includes “many features that travelers between Israel and Canada will enjoy,” said Air Canada. The new plane is necessary, said the airline, because of the increased popularity of the Tel Aviv-Toronto route.

Air Canada is the first airline to use a Dreamliner on its regular routes to and from Israel. British Airways began using the plane on some flights last November, but most BA flights are on Boeing 777s. United Airlines plans to use one on a regular basis on its new Tel Aviv-San Francisco route, the company said.