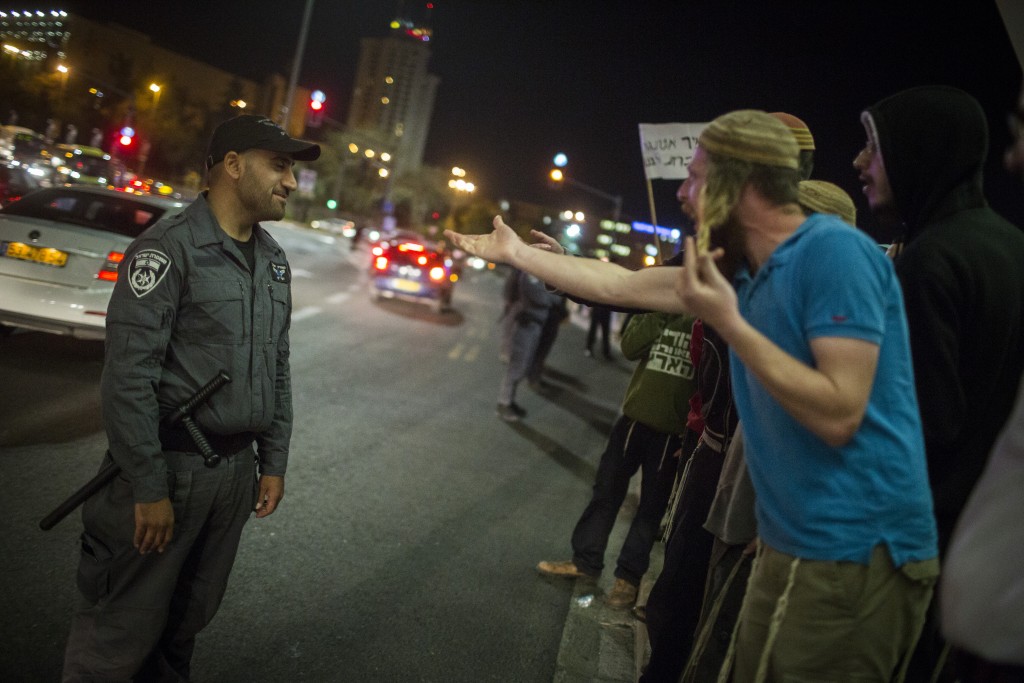 A Be’er Sheva court late Sunday denied a petition by a rightwing activist, currently under administrative detention for unspecified charges, to attend the bris of his newborn son. The bris is set to take place on Monday. The court accepted the argument of the Shin Bet that releasing the father for the day could be “dangerous for the security of the state.”

The rightwing activist – a grandson of Rabbi Meir Kahane, Hy”d – was arrested and jailed in August under administrative detention laws, used by the Shin Bet security services to imprison individuals deemed to be security risks. Generally used against Arabs suspected of terror activities, the procedure – a holdover from the days of the British Mandate – has been used against Jews as well, mostly right-wing activists such as this one.

Although he has not been charged with anything, Shin Bet sources say he may have played a role in the July 2015 arson attack in Duma, in which three members of the Dawabshe family were killed.

Testifying on behalf of the release of the father was Chief Ashkenazic Rabbi David Lau, who told the court that failing to allow the father to attend the bris of his son would constitute cruel and unusual punishment, as it is an experience that cannot be replaced. “A bris is one of the most important commandments in Judaism, and one of the most important events in the life of a father. He will suffer his entire life if he is not allowed to attend.”