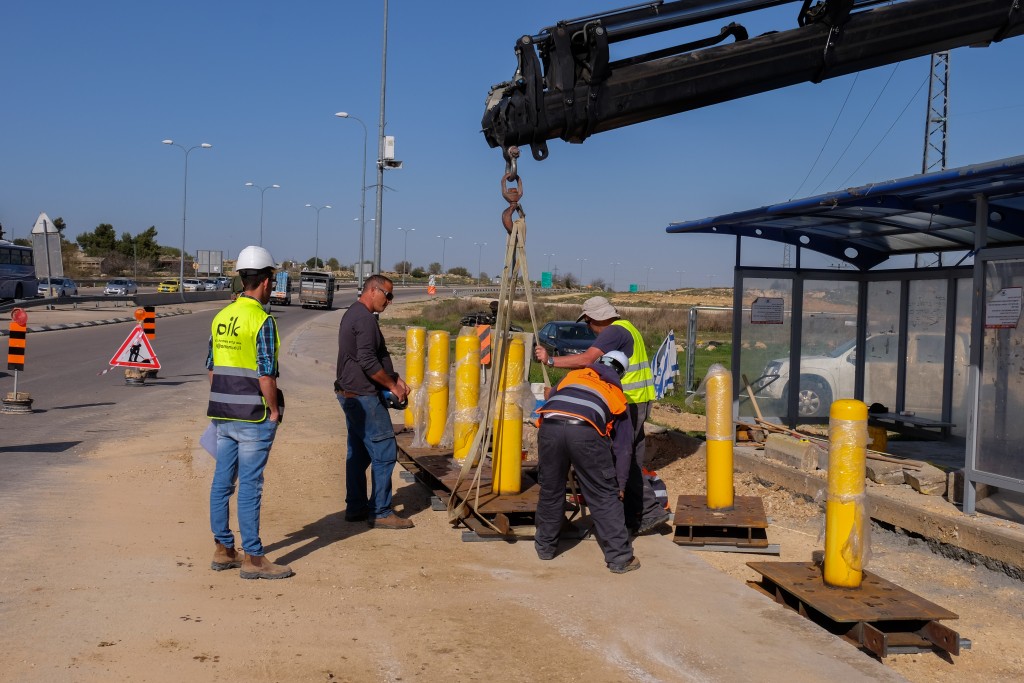 Israeli security forces were installing concrete barriers and metal poles at bus stops in Gush Etzion on Monday, a measure that local leaders noted was promised long ago.

Yehudah Shapira, spokesman for the Gush Etzion Regional Council, told Tazpit Press Service (TPS) that the decision to upgrade security at the sites was made back in 2014 after three youths, Eyal Yifrah, 19, Naftali Frenkel, 16, and Gilad Sha’er, 16, Hashem yinkom damam, were kidnapped there by terrorists and later murdered. Since then, numerous stabbing and hit-and-run attacks have been carried out in the area.

“It’s an old plan. When the three boys were kidnapped two years ago, everybody asked where the cameras were at this junction. Even to this day, the army has not installed cameras at the junction at which the kidnapping took place, and it has been two years already,” Shapira said.

“There are already blocks at the stations, but they are small and are not really able to stop a vehicle travelling at a high speed. We have even seen during recent weeks that cars used in attacks that are travelling fast enough can simply smash [the blocks] down. So, hopefully, from tomorrow they will stronger and better suited,” Shapira said.

When asked what he thought caused the delay in implementing the plan, he suggested it was due to budgetary concerns and shifting priorities.

“They have a budget, and then they want to use the money for things deemed more important like building a fence or destroying tunnels. So they allocate the money for those things, and, at the same time, the army works very slowly and takes so much time to make progress due to the bureaucracy involved,” Shapira said.

Reinforcement of the bus stops was slated to begin on Monday morning in the southern part of the region and on Wednesday in the northern half.