Swallowing Hard, Trump Rivals Vow to Back Him If Nominated 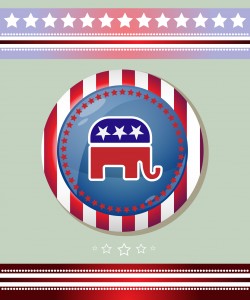 The Republican establishment and its last best hopes to defeat Donald Trump spent a long and extraordinary day denouncing the billionaire businessman as dangerous, a “phony” and a “con man” unfit for office. Then, when it was all over, Marco Rubio, Ted Cruz and John Kasich swallowed hard and said they’d support Trump if he wins the GOP nomination.

Their pained commitment, at the end of the 11th GOP debate on Thursday, put into sharp focus the dilemma the Republican Party faces as Trump continues to dominate the race for delegates and the campaign conversation.

Beyond harsh words, GOP leaders see little opportunity to stop Trump’s march toward the presidential nomination. Panicked party leaders are poring over complicated delegate math, outlining hazy scenarios for a contested national convention and even flirting with the idea of a third-party effort to derail Trump’s insurgent candidacy.

A tumultuous day opened with Mitt Romney, the party’s 2012 presidential nominee, making a rare public appearance to denounce Trump as a fraud. Romney confidant Ron Kaufman, a senior member of the Republican National Committee, openly embraced the possibility of a contested convention, saying, “If that’s the only way to stop Trump, it makes sense.”

Trump lashed back. In the evening debate in Detroit, he called Romney “a failed candidate” who lost to Barack Obama four years ago.

“Obviously, he wants to be relevant,” Trump said dismissively.

With Ben Carson’s exit from the race this week, the field of Republican candidates has now been narrowed to four. But any number of predictions that GOP voters would unite behind one anti-Trump candidate have come and gone without a change in the overall dynamic.

Still, the front-runner is not yet on track to claim the nomination before the party’s national gathering in July, according to an Associated Press delegate count. He has won 46 percent of the delegates awarded so far, and he would have to increase that to 51 percent in the remaining primaries.

The GOP mayhem contrasts sharply with a clearer picture on the Democratic side, where Clinton is drawing broad support from voters and her party’s leaders. Rival Sen. Bernie Sanders has vowed to keep up his fight, though his path to the nomination has become exceedingly narrow.