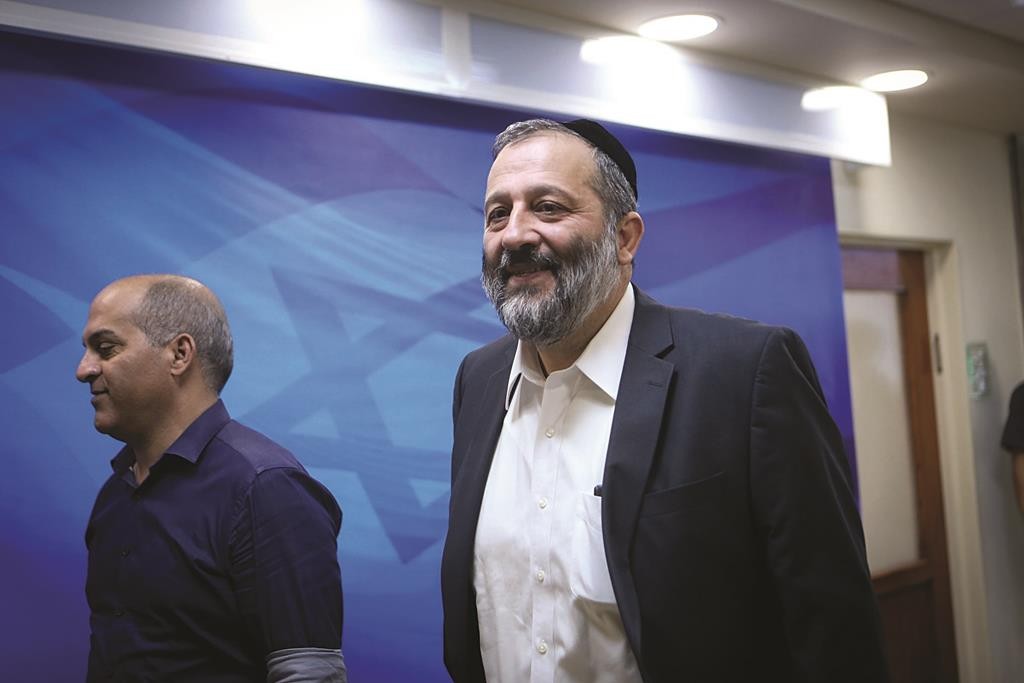 Newly installed Interior Minister Rabbi Aryeh Deri has proposed his first law – a measure that would allow the government to strip an Israeli of his citizenship, even if they are abroad, if they are found to be aiding the country’s enemies.

There are numerous Arab citizens of Israel who were convicted of terror activities but have managed to abscond abroad and are currently in Arab countries, outside the clutches of Israeli justice. The most prominent of these is Azmi Bishara, the former Knesset member who was convicted of aiding Hizbullah in gathering intelligence that was used against Israel during the Second Lebanon War in 2006. Bishara surreptitiously left the country and has been wandering the Arab world for nearly a decade, attempting to evade Israeli agents who are determined to bring him back to serve his prison sentence.

As a former Knesset member, Bishara for years received various benefits, including a pension, until legislation several years ago put an end to that. Bishara, however, is still a citizen, and technically could use his Israeli passport to travel.

Generally, individuals can only be stripped of citizenship after being convicted of a serious crime – and after a lengthy trial and appeals process that entails numerous appearances in Israeli courts. Deri’s bill would enable the interior minister to rely on convictions of individuals who “acted in a traitorous manner to the state” in absentia as well as in person, the bill states.

Rabbi Deri’s staff is preparing the bill and it will be presented to the Government Ministerial Committee for approval for a first reading, possibly as soon as next Sunday. The government is expected to unanimously support the bill.