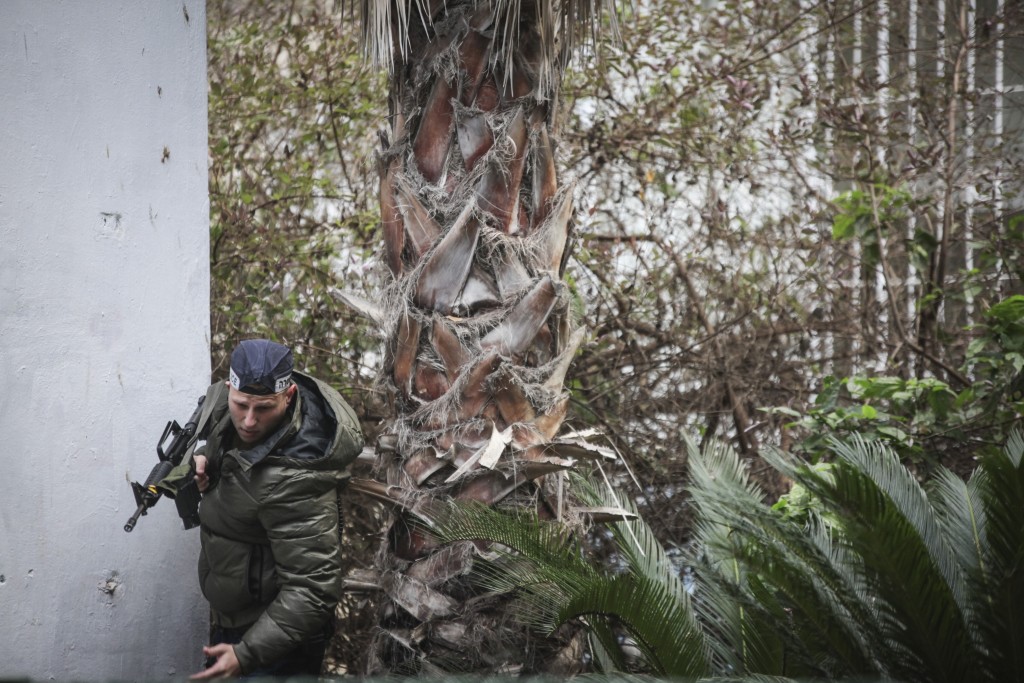 In an interview with the lawyer for the father of Nashat Melhem on Chadoshot 10, he admitted that the father had communication with his son after the attack.

Police on Tuesday said that Mohammed Melhem, the father of Tel Aviv shooter Nashat Melhem, was officially a suspect in the case. Shin Bet officials believe that the father has “solid information” as to the whereabouts of his son, as the search for Nashat Melhem, who killed two Israelis in a shooting attack in the center of Tel Aviv last Friday, enters its fifth day. This is the third time the senior Melhem has been detained by police, but the first time that he was placed under arrest.

So far, Melhem’s two brothers and sister have been arrested, as have five other relatives. All are residents of the northern Israeli Arab town of Ar’ara. Police stopped short of calling the arrests part of a “conspiracy,” although a police source said that the case was looking “more and more like a well-planned operation, very likely conducted at the behest of an international terrorist organization.” Police added that more arrests are expected.

Meanwhile, Ma’azan Caak, chairman of the Merchants Committee of the Old City of Yerushalayim, on Tuesday morning offered a reward of NIS 40,000 ($11,000) for information leading to the capture of Nashat Melhem. The search for Melhem is still going on, with police apparently no closer to nabbing him than they were on Friday.

Caak said that he and the vast majority of merchants in the Old City and eastern Yerushalayim have had enough of the ongoing terrorist attacks against Israelis. Although they’re not physical targets themselves, Arab businessmen are economic victims of the terrorists who have for the past two months gone on nearly daily stabbing and shooting attacks. “Business is down by 70 percent, and we have lost NIS 15 million ($4 million) during this period,” he said. “We want to restore things back to the way they were.

“This business of Jew versus Arab is nonsense,” he told Israeli reporters Tuesday, announcing the reward. “We are cousins, and cousins help each other out. I invite everyone to come and visit Yerushalayim. We want to live in peace, together.”

Also Tuesday, Israel Police chief Roni Alshich, in his first comments on the Melhem case, said that the force had one main mission right now – tracking down and capturing the terrorist who opened fire at a Tel Aviv café Friday afternoon, killing two and injuring eight. Police, he said, know a great deal more than they are saying, because leaking information could compromise the search, “and we are not going to do anything to lengthen this investigation.”

“We’ve come to a point where residents of the Tel Aviv area can feel much more relaxed about the situation,” said Alshich.