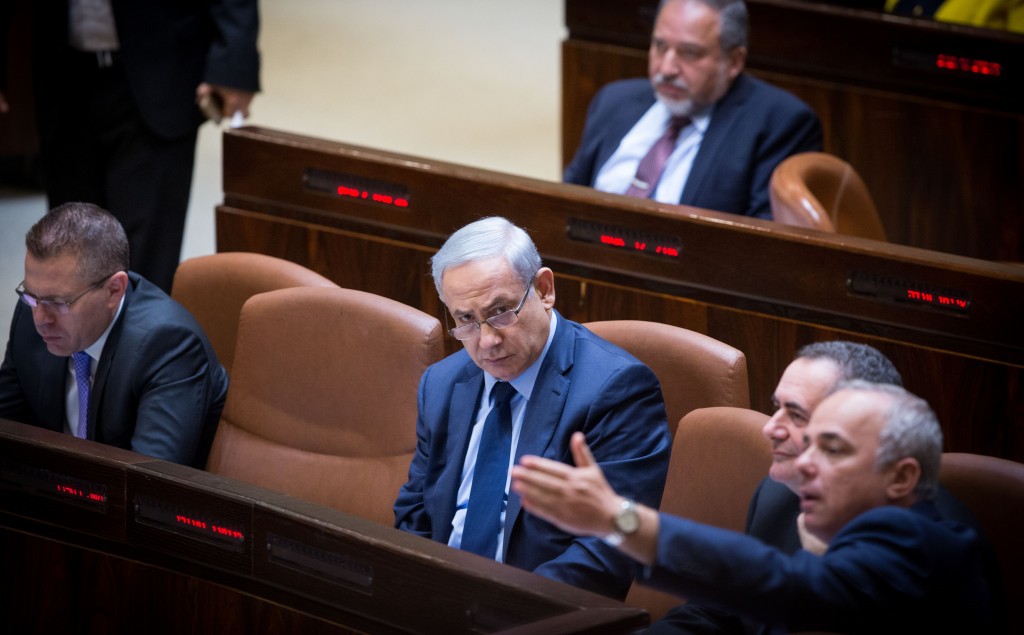 While there was some ire on Wednesday over headlines about U.S. spying on Israeli leaders, others took a business-as-usual attitude — hardly worth raising an eyebrow over.

The most perturbed was Intelligence and Transport Minister Yisrael Katz (Likud), who declared if the report was confirmed, it should be met with a formal protest.

“Israel does not spy in the U.S. and we expect the same from our great friend,” Katz said on Wednesday.

The Prime Minister’s Office and the Foreign Ministry declined to comment on whether Israel would lodge a formal protest with Washington.

Immigrant Absorption Minister Zeev Elkin (Likud) leveled a charge of hypocrisy at the U.S., whose harsh treatment of recently-released Israeli agent Jonathan Pollard contrasts with its own spying on Israel.

“Precisely on the background of the spying, in opposition to the official declaration that they stopped listening in on friendly states, their stubbornness on the case of Pollard, the limitations on him and the refusal to bring him to Israel seem even more unacceptable,” Elkin said.

The revelations that the Obama administration has spied on Prime Minister Binyamin Netanyahu were first published on Tuesday in The Wall Street Journal. According to the report, the U.S. National Security Agency (NSA) monitored Netanyahu’s conversations to obtain inside information about his campaign against the nuclear deal with Iran.

The NSA surveillance net also included other allies in the region, including Recep Tayyip Erdogan, president of Turkey.

However, Yuval Steinitz, Israel’s energy minister and a former intelligence minister, appeared unfazed by the news.

“I didn’t fall off my chair from The Wall Street Journal report,” Steinitz told Israel Radio.

“The Americans, and other countries, very likely do collect information on us. It shouldn’t be that way, mainly since we don’t. But we are aware of this and take this into account, so we are careful.”

Israel’s former ambassador to the U.S. Michael Oren described it as standard operating procedure. Israel assumes that the U.S. and others attempt to spy on it. “It’s not very nice, but that is the assumption,” Oren, now a Kulanu MK, told reporters.

As for precautions against it, Oren said that if he had something absolutely confidential that he had to convey to the prime minister, “I got on a plane.”

“The U.S. listens in on everyone, we don’t need to get excited about it. Everyone knows — it’s a fact,” he said. “Israel is careful not to carry out any spying operations in the United States, not even a little bit.”