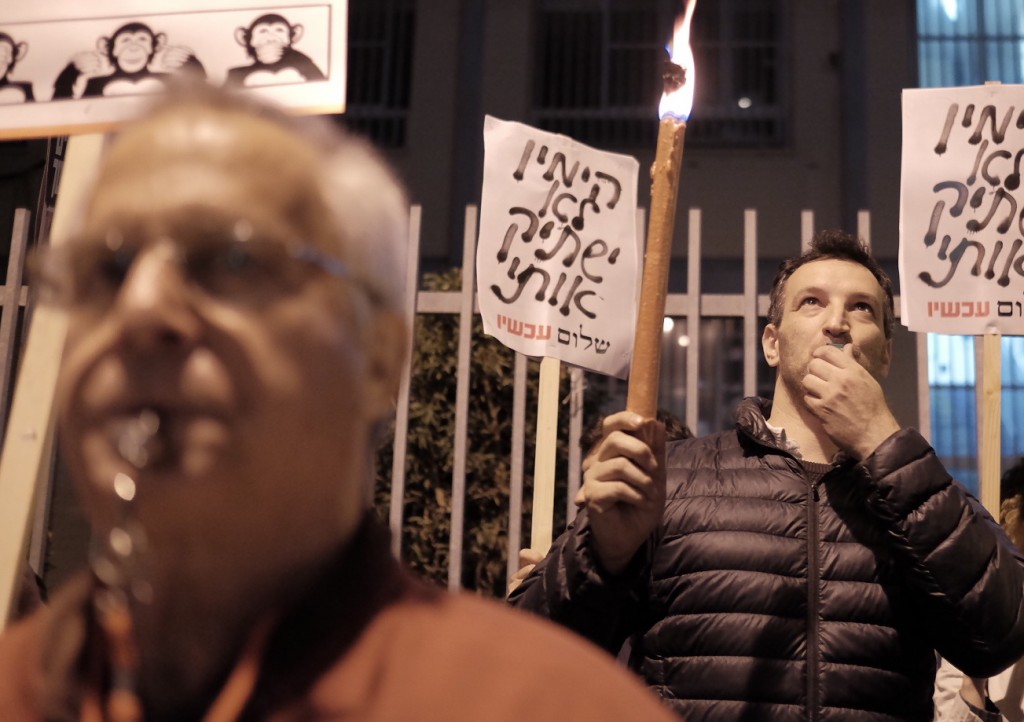 Several dozen people protested outside the home of Justice Minister Ayelet Shaked on Motzoei Shabbos against her support of the Non-Profits Law, which seeks to shed light on the sources of funding for non-governmental organizations that receive money from abroad. The law, authored by Jewish Home MK Betzalel Smotrich, is set to be voted upon by the government on Sunday.

The law is seen as an attempt by the right to expose funding by European governments of leftist organizations in Israel. The protest was led by Peace Now.

Presenting his bill, Smotrich said that the acceptance of money from foreign donors for political activities by NGOs is generally regulated in most countries – but not in Israel. “In some countries, accepting such funds is seen as a traitorous act,” he said.

Smotrich said that if Israel did not seek to ban such donations, it should at least allow the public to know where the money that is funding groups is coming from.

Shaked is backing the law fully. “The interference by foreign governments in Israel’s internal affairs is unprecedented anywhere, and goes against all norms and accepted practices in democratic countries,” she said. “Such interference seeks to upset Israel’s sovereignty and interferes with the authority of its elected officials.” Shaked said the law would apply equally to all groups, left and right.

Leftist groups have said the law is an attempt to silence them and to end the democratic right to protest and disagree with government policies.