Cuomo Orders Flags at Half-Staff in Honor of LI Soldier 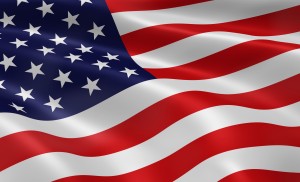 New York Gov. Andrew Cuomo has ordered that flags on state government buildings be flown at half-staff Thursday in honor of a member of the New York Air National Guard who was killed in Afghanistan on Monday.

Staff Sgt. Louis Michael Bonacasa, 31, of Long Island, was one of six U.S. troops killed when their patrol was attacked by a suicide bomber on a motorcycle near Bagram Air Base.

“On behalf of all New Yorkers, I extend my deepest sympathies to the family, friends and fellow servicemen of Staff Sgt. Bonacasa,” Governor Cuomo said in a press release. “We will join his loved ones in honoring his valor, leadership and service to this great nation. His sacrifice will be remembered with gratitude.”

Another of the victims of Monday’s attack was Technical Sgt. Joseph G. Lemm, who was also an officer in the New York Police Department. Earlier in the week, New York City mayor Bill de Blasio had ordered that flags on city buildings be flown at half-staff this week in honor of Lemm.

Both Lemm and Bonacasa were members of the 105th Base Defense Squadron, which is an element of the 105th Airlift Wing at Stewart Air National Guard Base at Newburgh, N.Y.