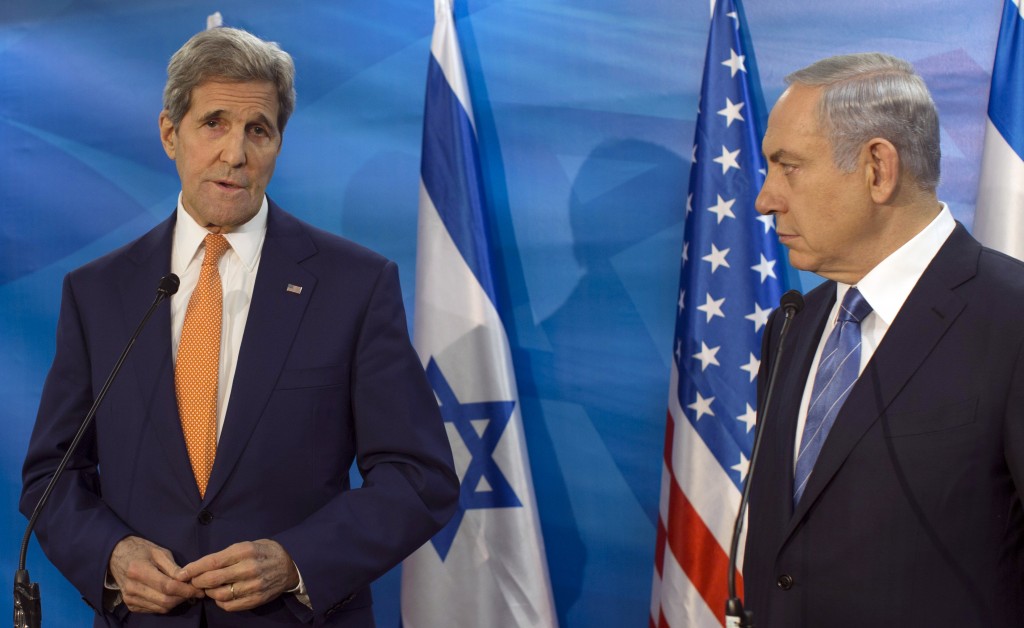 Secretary of State John Kerry warned Israel on Saturday about the dangers of the possible collapse of the Palestinian Authority, saying it would lead to a situation that would threaten the security of Israel and the Palestinian people.

Kerry told a conference at the Brookings Institution that the Palestinian leadership must do more to prevent and combat anti-Israel violence. But, he also said Israeli leaders should not advocate or allow the Palestinian Authority to disintegrate.

While condemning the recent surge in anti-Israel violence by Palestinians, Kerry said calls from some Israeli politicians to let Palestinian leader Mahmoud Abbas’ administration wither are counter-productive and self-defeating for Israel. Without a two-state solution, Kerry said Israel would be forced into an unsustainable position of perpetual occupation that would be rejected not only by the Palestinians but by most, if not all, of the international community.

“The one-state solution is no solution is at all for a secure, Jewish, democratic Israel living in peace; it is simply not a viable option,” Kerry said.

He also lamented the fact that Israel continues to approve new construction in areas that the Palestinians claim as part of their future state, while denying construction permits for Palestinian projects on territory that would be subject to negotiation in an eventual peace deal.

“The level of distrust between them has never been more profound,” Kerry said.

Kerry urged both Israeli and Palestinian leaders to recommit to the concept of a negotiated two-state solution in order to give both peoples, but particularly the Palestinians, hope that a resolution to the long-running conflict is at least possible.

Kerry also said the Palestinian leadership must do more to clamp down and end incitement against Israel and Israelis. He cited troubling school textbooks, maps, speeches and media reports that have to be revised.

Kerry said both sides need to take urgent steps to renew a dialogue.

“If you are not sitting down, if all you are doing is hurling invective at each other on a daily basis, there is no prayer of beginning that kind of conversation,” he said. “That’s the problem today.”

“The Israeli and Palestinian people deserve better, but the current path is not leading to a more peaceful future,” Kerry said. “I am concerned that unless significant efforts are made to change the dynamic, and I mean significant, it will only bring more violence, more heartbreak and more despair,”

Kerry called U.S. support for a two-state solution the “glue” of Washington’s overall strategy for the Middle East.

“It is important that that not become a slogan, not become a throw-away phrase, that it becomes a policy, which is what it is meant to be,” he said.