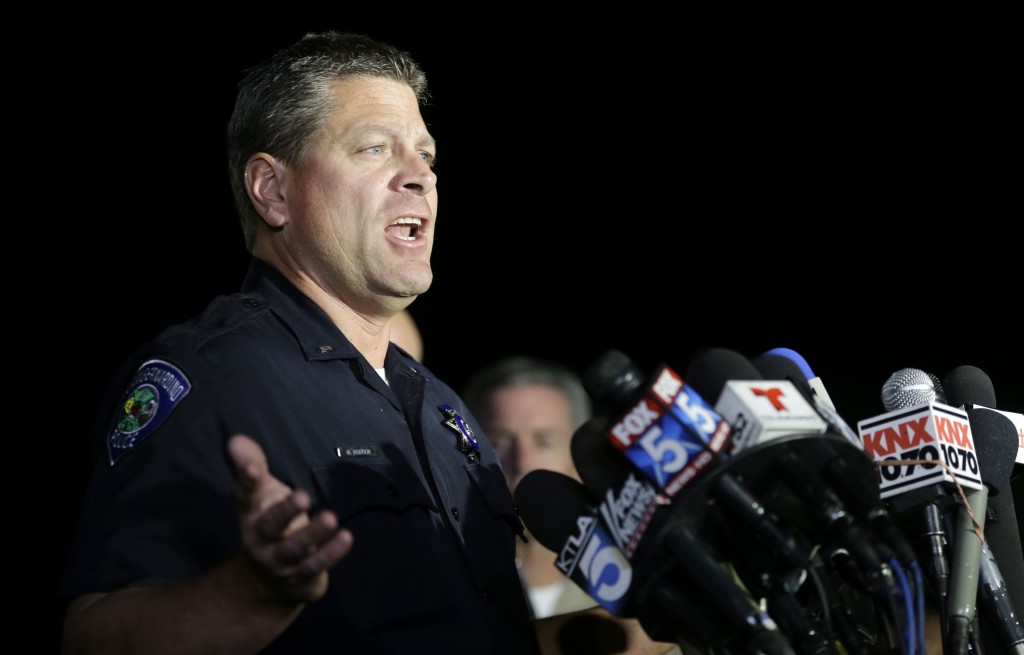 The woman who helped her husband kill 14 people at a holiday banquet for his county co-workers pledged allegiance to the Islamic State terror group and its leader on social media using an alias, then deleted the messages before the attack, a U.S. law-enforcement official said Friday, providing the strongest evidence to date that the rampage may have been a terrorist attack.

The remarkable disclosure about the online activities of Tashfeen Malik provided the first significant details suggesting a motive for her participation with her husband, Syed Farook, in the shooting.

Malik was a Pakistani woman who came to the U.S. in 2014 on a fiancée visa before Farook married her in California. They had a 6-month-old daughter.

Malik’s alias on social media and specifics about her postings were not publicly disclosed by the law-enforcement official, who spoke on condition of anonymity because the official was not allowed to discuss an ongoing investigation.

Another U.S. official said Malik expressed “admiration” for the terrorist group’s leader on social media under the alias account and said there was no sign that anyone affiliated with the Islamic State group communicated back to her and no signs of any operational instructions being conveyed to her. This official also spoke on condition of anonymity.

The FBI was investigating the shooting as a potential act of terrorism but had reached no firm conclusions Thursday. Separately, a U.S. intelligence official said Farook had been in contact with known Islamic extremists on social media.

Meanwhile, two Pakistani officials told Reuters that Malik moved to Saudi Arabia from Pakistan about 25 years ago but returned home to study to become a pharmacist.

Malik, 27, was from the Layyah district in southern Punjab province, the officials said. She returned to Pakistan five or six years ago to complete a degree from Bahauddin Zakariya University in Multan, they said.

A family member said he had been contacted by Pakistani intelligence as part of the investigation of Wednesday’s deadly shooting in San Bernardino, California.