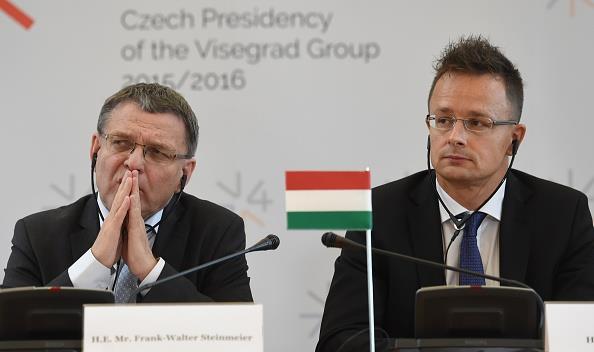 Hungary’s foreign minister has declared that his country will not go along with the European Union’s new labeling guidelines for products from Yehudah and Shomron and the Golan Heights, The Jerusalem Post reported.

Foreign Minister Péter Szijjártó had harsh words for the EU decision at a breakfast meeting of the Israel Council on Foreign Relations in Israel on Monday. He described it
as “irrational,” saying that it will not contribute to peace in the Mideast and could cause more problems and damage.

Explaining his rather candid remarks for a diplomat, Szijjártó said that it was a time of crisis in which it was imperative to be “honest and frank.”

The Hungarian diplomat singled out mass migration as “the greatest challenge that the EU has had to face since its foundation,” and insisted that it must be faced up to honestly.

In Europe, anyone referring to mass migration rather than refugee migration is attacked as a right-wing xenophobe, he said. It is this political correctness which prevents the problem from being properly addressed.

“This is not a refugee crisis,” he insisted, “this is mass immigration.”

Hungary has been severely criticized for building fences on its borders with Croatia and Serbia. It does accept immigrants, but only through legal channels and enforces passport control.

Szijjártó also urged the EU to strengthen its cooperation with Israel in fighting terrorism, in recognition of Israel’s experience and expertise.