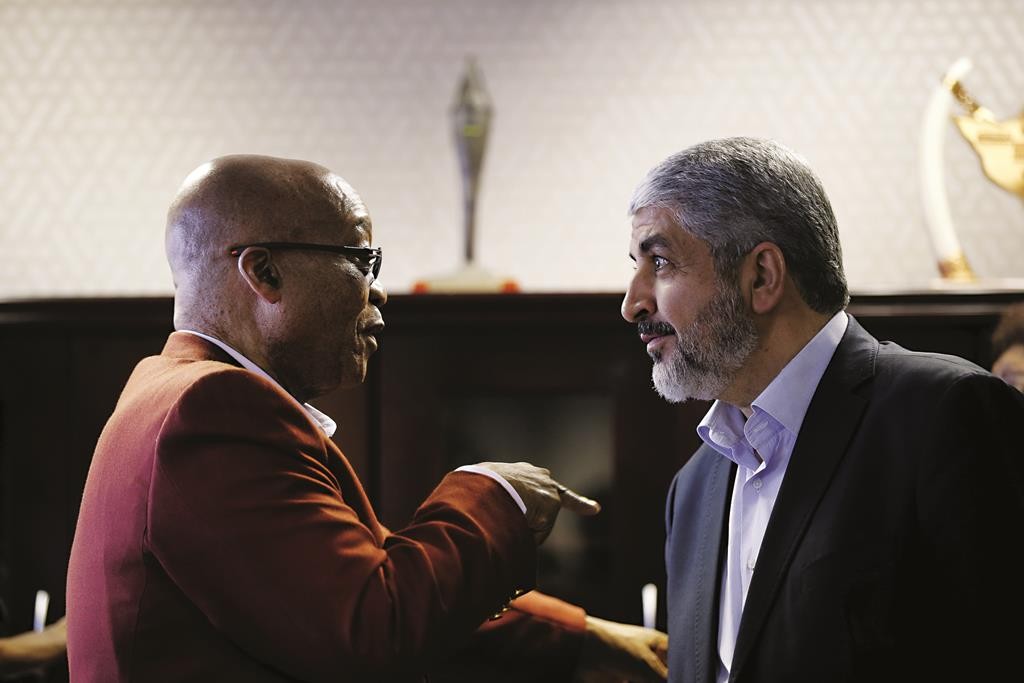 The Israeli government is furious over news that South Africa has welcomed Hamas leader Khaled Mashal, who attended an ANC conference in Johannesburg and met with President Jacob Zuma.

“Meshal’s invitation and the meeting with him are a scandal and a tailwind for terror,” head of the Foreign Ministry’s Africa branch Yoram Elron told the South African diplomat, according to Haaretz.

Emanuel Nahshon, a Foreign Ministry spokesman, said that Israel “is furious and shocked” by Meshal’s arrival in South Africa.

“His invitation callously and rudely ignores the international community’s position, which sees Hamas as a terror organization,” said Nahshon.

It was an unpleasant surprise for Israeli diplomats. The first such meeting between Meshal and the leader of a non-Muslim country. Meshal has been received by Turkey’s Recep Tayyip Erdogan and Iran’s Ali Khamenei, whereas Russia and Norway have sent their foreign ministers to deal with him.

The Israeli ambassador in Pretoria, Arthur Lenk, is also expected to submit an official protest to South Africa’s foreign ministry, including a demand to cancel Meshal’s visit and meeting with Zuma.

The ANC issued a statement on that the talks with Meshal would deal with a “joint vision of self-determination for the Palestinian people and an independent state free of Israeli occupation.”