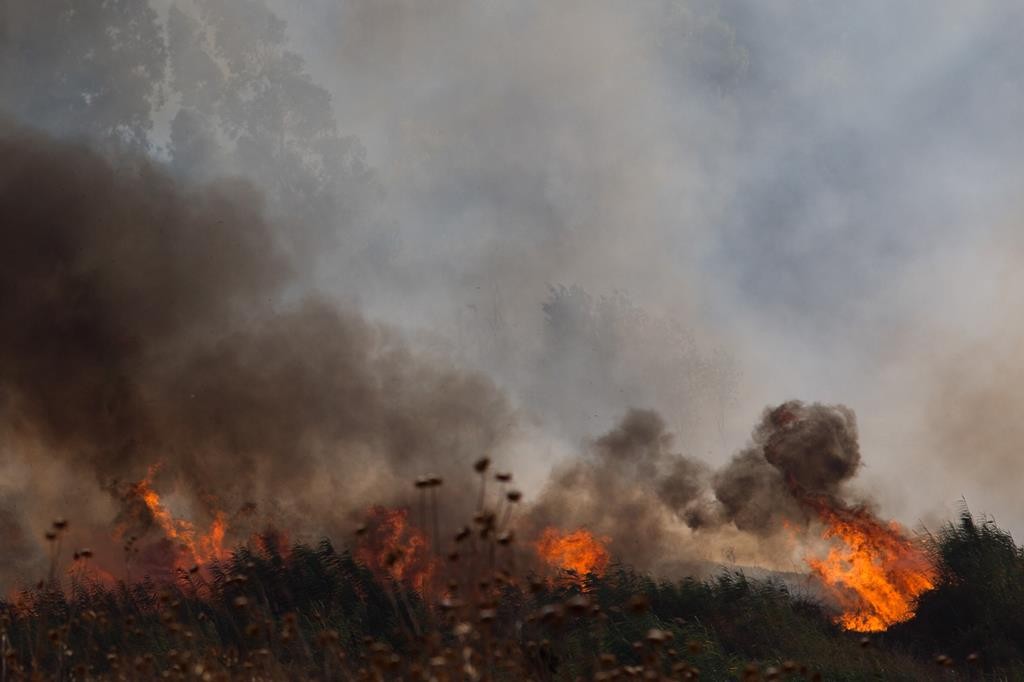 The IDF retaliated with air and artillery strikes into Syria on Thursday evening after four rockets were fired at northern Israel, two of which landed in the Upper Galil, the other two on the Golan Heights.

It marked the first such volley fired at Israel from Syria since the Yom Kippur War in 1973.

B’chasdei Shamayim, no injuries were reported from the rockets, which landed in open areas, though one exploded in a field, causing grass fires which took firefighters some time to extinguish.

The rockets hit after sirens were heard in communities throughout northern Israel. Thousands of Israelis rushed to take cover, including many vacationers.

Israeli military sources said they believed the firing was deliberate, unlike the usually stray shells which have occasionally landed on the Israeli Golan during the Syrian civil war. The rockets penetrated much deeper than previous “spillovers” from the war.

It also said the attack was the work of Islamic Jihad, but with Iranian funding and direction. Islamic Jihad denied involvement.

However, since it originated in Syria’s Quneitra area, which is under Syrian President Bashar Assad’s control, Israel holds Syria responsible. The IDF Spokesperson’s Office said Thursday that “we see Syria as responsible [for the rockets] and they will suffer the consequences.”

An IDF officer said, “We attacked several miles into Syria, five or six sites with multiple targets within each site. Our attacks are much more damaging this time around, in order to send a message and underlie the severity of this incident.”

“We still do not have intelligence confirmations regarding Syrian casualties from the strikes,” he said on Thursday night.

The IDF was careful to stem speculation that the incident was related to the Islamic Jihad hunger striker. The terrorist group had threatened retaliation.

“It [the attack] has nothing to do with Mohammed Allan. It has to do with the chaos in the Golan, and the Iranian interests in the area. We struck Syrian artillery positions as well.”