Israel Lobbying War Is on Over Iran Deal
Israel 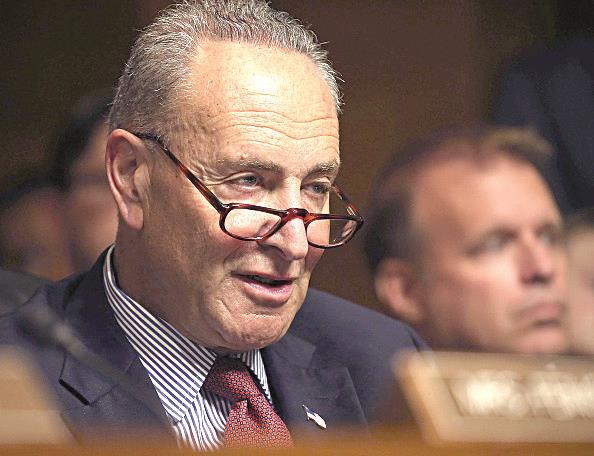 In a parallel media blitz, both American and Israeli leaders took  to the airwaves over the weekend to sell their starkly opposing interpretations of the Iran nuclear deal to the public.

“I think the right thing to do is merely not to go ahead with this deal. There are many things to be done to stop Iran’s aggression and this deal is not one of them,” Israeli Prime Minister Binyamin Netanyahu told CBS, in one of a series of U.S. media interviews denouncing the agreement.
Netanyahu says he feels obligated to speak out because the deal endangers his country, the region and the world and there was no way Israel could feel safe if it takes effect.

He cited an “aggressive and confrontational speech” by Iran’s Supreme Leader Ayatollah Ali Khamenei the day before which makes clear that further Iranian aggression will be financed by billions to become available through a lifting of economic sanctions.

The Iranian leader doesn’t “even try to hide the fact,” Netanyahu said.

At the same time, Secretary of State John Kerry and Energy Secretary Ernest Moniz took their case to the American people, implying that to follow Netanyahu’s advice would lead to war.

“If the Congress turns this down, there will be conflict in the region because that’s the only alternative,” said Kerry. “The Ayatollah, if the United States says no, will not come back to the table to negotiate and who could blame him under those circumstances?”

Regarding the charge that sanctions relief will imperil Israel and others in the region by enabling expanded funding for terrorists, Kerry countered that it would be illegal.

“They’re not allowed to do that, even outside of this agreement. There is a U.N. resolution that specifically applies to them not being allowed to transfer to Hizbullah.”

Kerry argued that Iran’s domestic needs will take priority. “President Rouhani needs to deliver to the Iranian people. They have high expectations from this deal for a change in their lifestyle. Iran needs to spend $300 billion just to bring their oil industry capacity back to where it was five years ago.”

The secretary was openly dismissive of Israeli criticism. “There’s a lot of fantasy out there about this — quote — ‘better deal.’ The fact is we spent four years putting together an agreement that had the consent of Russia, China, France, Germany, Great Britain and Iran. That is not easy, and I believe the agreement we got will withstand scrutiny and deliver an Iran that cannot get a nuclear weapon,” he said.

Meanwhile, the Israeli lobbying effort in Washington was in high gear. Ambassador Ron Dermer was meeting feverishly with senators to persuade them to vote against the deal.

“He is a very informed and persuasive advocate for the Israeli perspective and he is a persistent and thorough critic of the context of these negotiations and he made some very strong points,” Coons said.

AIPAC and other groups and individuals are supporting Citizens for a Nuclear-Free Iran, which on Friday began a multimillion-dollar national ad campaign against the accord.

“Democrats should be especially concerned because the deal increases the chances of war, will spur a nuclear arms race and rewards an Iran with a horrific human rights record,” spokesman Patrick Dorton said.

The administration was equally active on Capitol Hill. Vice President Joe Biden was there twice last week for arm-twisting sessions with Democrats. Kerry and Moniz are set to brief lawmakers this coming week.

Lawmakers are being swamped not only by lobbyists, but also think tanks are releasing reams of reports and analyses, and experts on nuclear weapons and foreign policy are testifying at committee hearings.

“I hope it’s decided on the merits of the arguments rather than the volume of the expenditures of the outside groups,” said California Rep. Adam Schiff, the top Democrat on the House Intelligence Committee. He has met with Holocaust survivors and a group of Iranian immigrants who do not like the deal.

The highest-priority target appears to be New York Sen. Chuck Schumer, likely the next Democratic leader. He is a long-time ally of Israel who has received nearly $259,000 in contributions from supporters of Israel in the past six years, according to the Center for Responsive Politics.

Schumer’s phone number is plastered on the website of the Emergency Committee for Israel, which has released a 30-second ad to run on New York news programs to persuade the senator not to support a deal. “Obama is caving to Iran,” the ad says. “Call Sen. Schumer and tell him he must stand firm.”