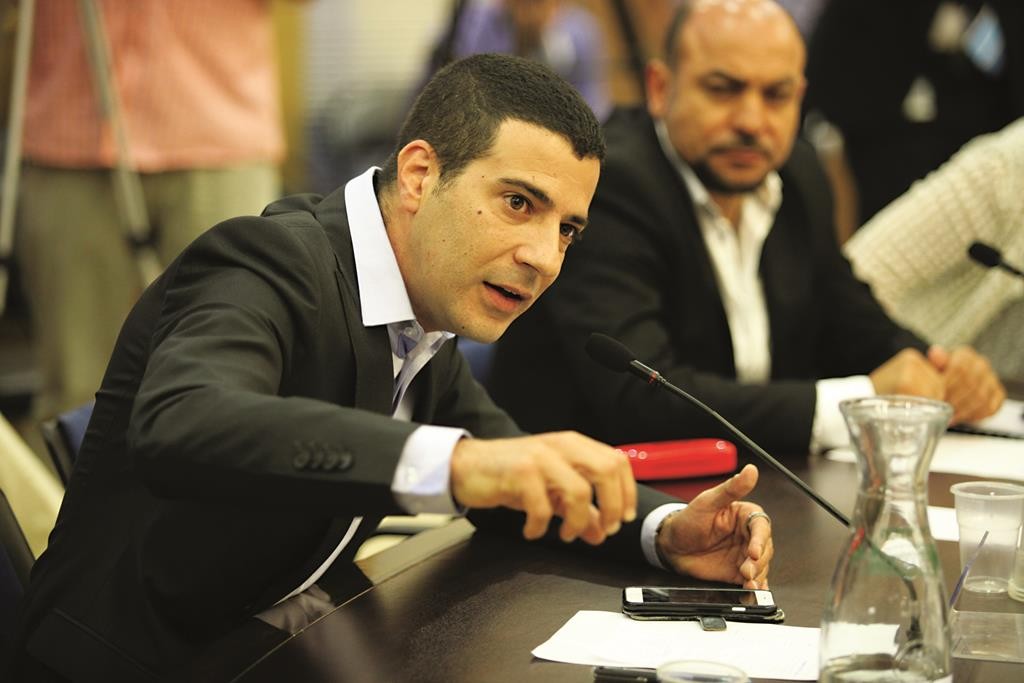 A Knesset debate over stricter laws for the treatment of security prisoners was the site of shouting, heckling and the ejection of MKs from the plenum on Monday night, The Jerusalem Post reported.

At issue were bills to increase the punishment for rock-throwers and measures to clamp down on unrestricted phone communication for prisoners, which has frequently been used for contacts with terrorist organizations on the outside.

The proposal to restrict communications, introduced by Yisrael Beiteinu MK Sharon Gal, passed its first reading 39 to 8, but not before insults were traded and obscene gestures were made.

Meretz chairwoman Zehava Gal-On berated coalition members for backing the death sentence for terrorists, and when she refused to retract her comments, and a request to leave the podium, Deputy Knesset Speaker Yoel Hasson (Zionist Camp) instruct the ushers to remove her forcibly.

If the bill on rock-throwing becomes law, the punishment will be up to 10 years in prison.

It will no longer be necessary to prove that the rock-thrower intended to harm anyone, which is currently a major obstacle in obtaining convictions.

“It’s absurd that until now, the burden of proof was on the prosecution,” Justice Minister Ayelet Shaked said. “The law will put the responsibility back on the rock-throwers and will assume that whoever throws a rock means harm. Rocks kill,” she said.