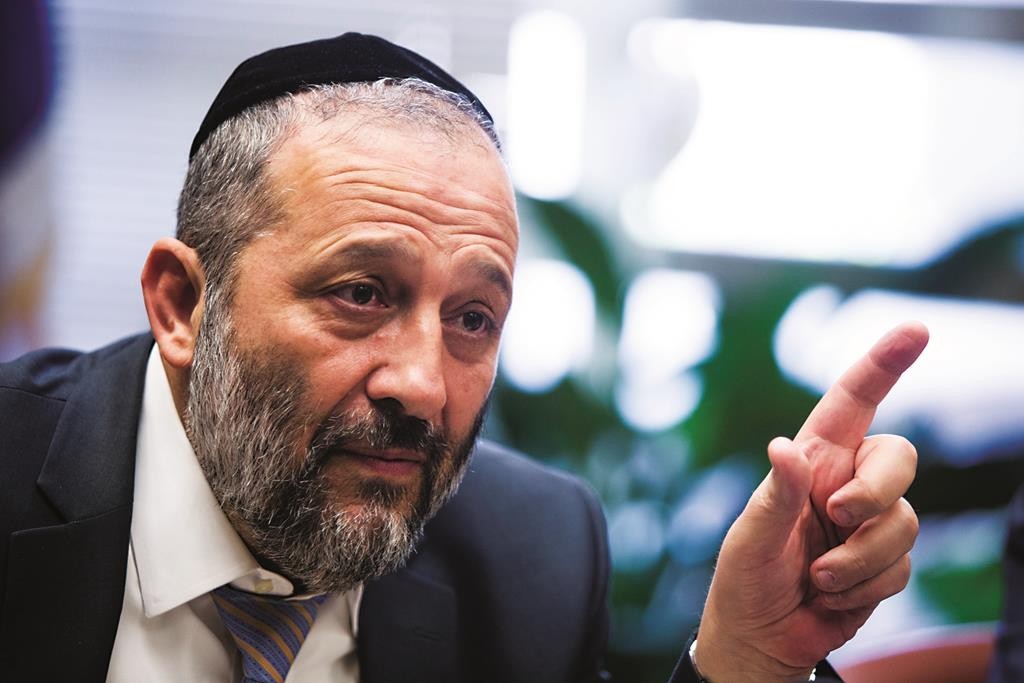 The Israeli government’s plan to circumvent the Antitrust Authority with a compromise agreement on the regulation of the natural gas industry ran aground Thursday when the security cabinet failed to give its approval.

The single holdout was Economy Minister Arye Deri (Shas) who refused to sign an order implementing Article 52 of the Antitrust Law, which gives the Economy Minister the power to override the Anitrust Commissioner by invoking reasons of foreign policy or security.

Although Deri agreed in principle that the compromise should go through, he opted not to be the one to activate a clause that had never been used in the history of the state. A spokesman for the minister said that he decided not to authorize implementation of Article 52 because he believes “an issue of such far-reaching economic and security implications should be decided by the government with the approval of the Knesset.”

The Economy Minister’s authority in the matter can be transferred to the cabinet, which is expected to approve the outline agreement by a wide majority. But only after further hearings and with the consent of the Knesset ­— a process which could take another month, and whose outcome is uncertain.

Earlier in the day, opposition leader Yitzhak Herzog appealed to Knesset Speaker Yuli Edelstein (Likud) to see to it that the natural gas plan be brought before the Knesset.

“This decision will have implications for future generations. I reiterate my demand for the prime minister to bring the gas outline before the Knesset,” said in a statement.

Herzog called it a fateful decision that will affect generations to come, that such a decision cannot occur “behind closed doors.” He demanded that Edelstein “use his moral and political authority to make sure that” it will go to the Knesset. According to Herzog, Edelstein agreed that the issue does require parliamentary deliberation and that the request would be taken seriously.

Circumvention of the Antitrust Commissioner David Gilo was sought after the latter insisted on a breakup of the holdings of the two principal players in Israel’s offshore gas field, Noble Energy and Delek. The companies refused to go along with the new regulations, which revoked an earlier agreement. A few weeks ago, when it became apparent that the government was going to go around his office and, in his view, surrender to the corporate interests, Gilo resigned.

However, Minister of National Infrastructure, Energy, and Water Resources Yuval Steinitz defended state policy in an interview with Globes on Thursday.

“The most important thing for Israel is the development of the Leviathan reservoir, and the plan takes care of that. The Leviathan reservoir was discovered in 2010, and nothing has been done with it since then. The fact is that not only was the reservoir not developed and the tax revenues that the state could have received postponed, but since then, not a single international company has come to Israel. On the other hand, all the international companies did go to Lebanon and Cyprus, which have far fewer gas reserves. How can you explain that? The answer is that Israel is apparently not attractive enough.”

When questioned directly about whether the government is giving in to the demands of the gas companies, contrary to the national interest, Steinitz responded:

“About the public interest — I was the one who fought against the gas companies to double the taxes they pay, so no one’s entitled to preach to me about this. Furthermore, this argument is simply wrong. The state fought now, too. It’s important for the public to realize that Israel imposed restrictions on the gas companies that no other Western country has. The first is the restriction on exports. As of now, less than half the gas is designated for exports, and that’s a very harsh restriction for the companies.

“A second restriction is the gas price; we’re the only Western country setting a roof price. The third and most stringent restriction is telling the gas companies who invested money in exploration and found gas that they have to sell or dilute their holdings in the reservoirs. In effect, we’re telling the companies, ‘We made a mistake, we’re sorry, but we’ve decided to take away your reservoirs.’”