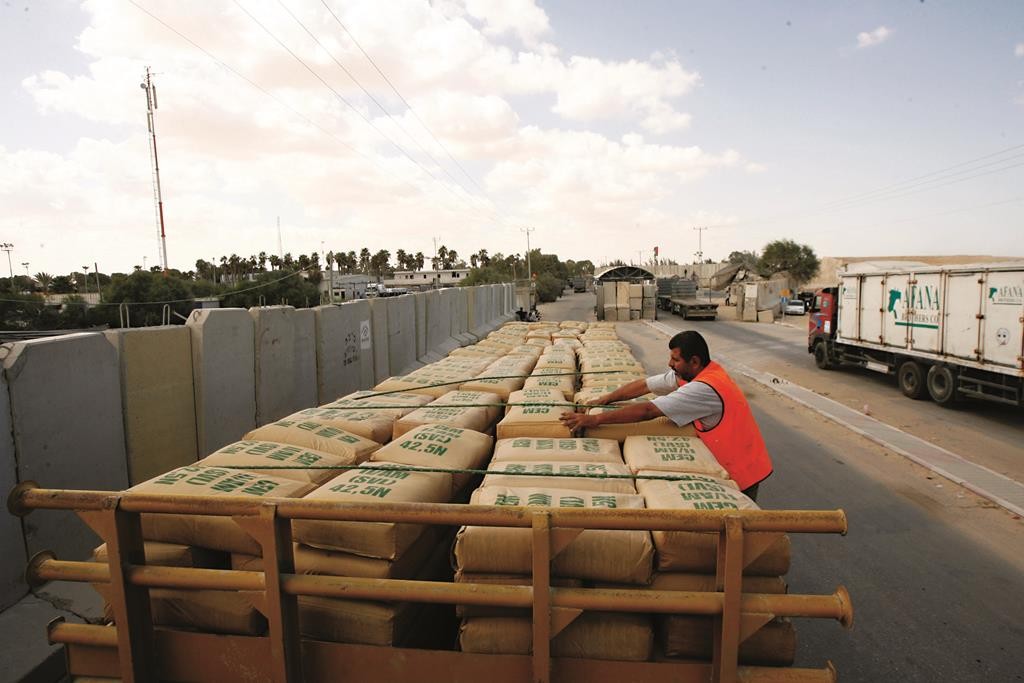 Israel announced on Monday a successful, multi-agency operation to smash a major Hamas smuggling network trafficking in military materials worth millions of shekels.

The Israel Security Agency (ISA), Israel Police, Israel Tax Authority and the State Attorney’s Office, assisted by the Defense Ministry, the IDF and the Justice Ministry, worked together to uncover an elaborate setup for acquiring and smuggling materials used for the terrorist organization’s military infrastructure in Gaza.

By means of this network, Hamas purchased and brought into the enclave, via the Kerem Shalom Crossing, thousands of tons of raw materials that were used in its military installations, to prepare attack tunnels, at its training facilities and for the manufacture of war materiel. In certain instances, the materials that were purchased in Israel were transported from the Palestinian side of the Kerem Shalom Crossing directly to Hamas training bases and installations.

The ISA, in conjunction with the Israel Police and Israel Tax Authority, has so far investigated 26 suspects, including Israeli citizens, who were involved in the network.

Indictments — including for security offenses — have been filed in Beer Sheva District Court.

Registered Palestinian merchants were used to purchase a range of raw materials and other goods (including iron and iron products, electrical and electronic equipment, communications equipment, fiber optic cables, drills and other digging equipment, concrete) for military use.

Israeli, foreign and Palestinian Authority-based suppliers supplied the goods. Groups in Israel, for the most part, stored the goods. These groups were aware that the goods in question were for the Gaza Strip, despite the lack of the necessary permits, and either knew or surmised that they were designated for terrorist organizations.

The Jewish collaborators were named as Mica Peretz, of the Gaza corridor, Yehoram Alon of Tel Aviv, Nagi Zuareb of Shehade, and a fourth businessman whose name is under a gag order.

“The case underscores — yet again — how Hamas cynically exploits ­Israel’s humanitarian approach and how Hamas does not hesitate to endanger the basic interests of the Palestinian public in its efforts to rebuild its Gaza-based military capabilities,” the ISA said in a statement.