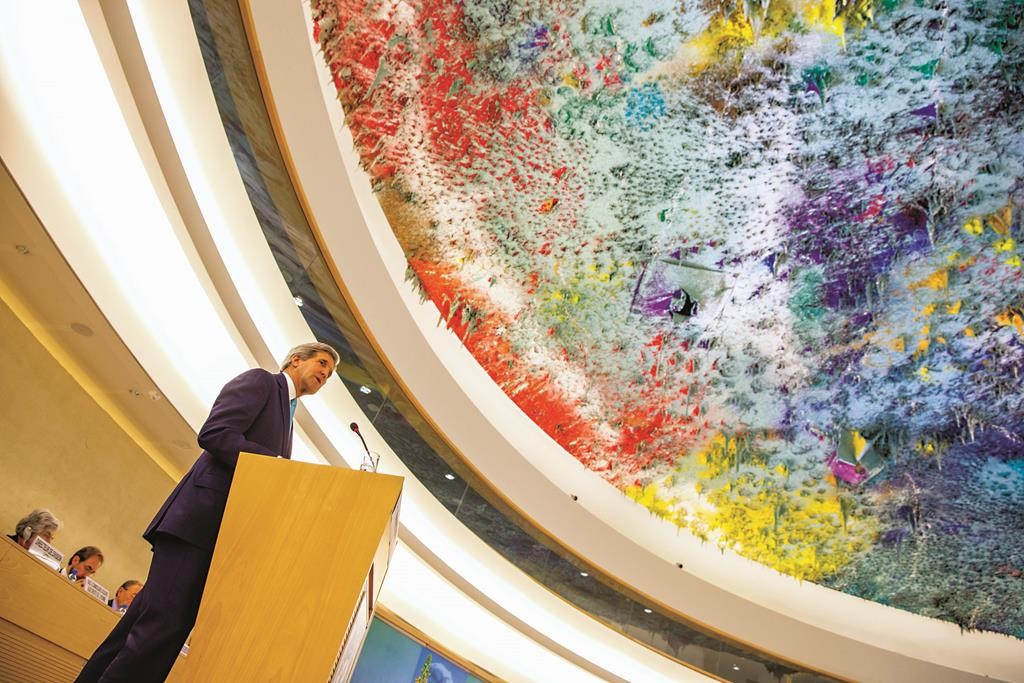 U.S. Secretary of State John Kerry accused the U.N. Human Rights Council on Monday of being obsessed by allegations of Israeli abuses and said the United States would defend Israel against efforts to isolate it.

In a speech to the Council in Geneva, Kerry also exhorted the 47-member-state group to look into what he described as severe abuses in separatist-controlled areas of eastern Ukraine as well as in Crimea, annexed by Russia from Ukraine last year.

He also condemned North Korea’s human rights record as “appalling” and said tens of thousands of people there lived “as virtual slaves.” Kerry added, “There is no freedom of expression, worship or political dissent.

“Kim Jong-un executes those who disagree with him, purging his country of anyone he knows, or imagines, to be disloyal. For decades the government has subjugated its citizens, starving and torturing and incarcerating them or worse.”

Kerry offered a strong defense of Israel against what he called the council’s unbalanced focus on the country.

“It must be said that the HRC’s obsession with Israel actually risks undermining the credibility of the entire organization,” Kerry said.

“The United States will measure these things, I hope, fairly and dispassionately but we will oppose any effort by any group or participant in the U.N. system to arbitrarily and regularly de-legitimize or isolate Israel.”