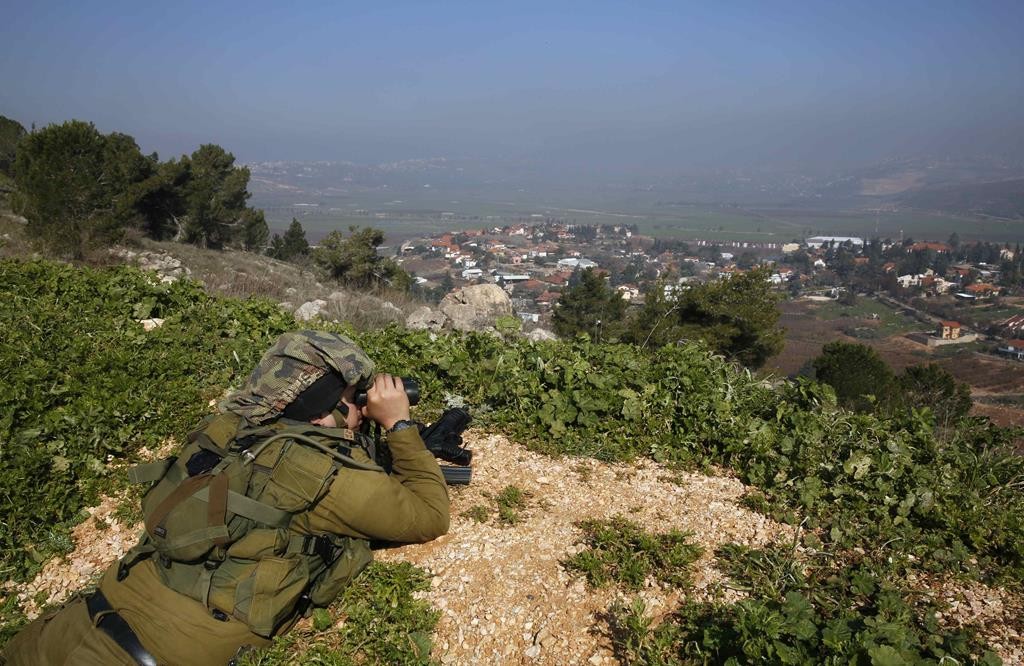 While the Israeli government has neither confirmed nor denied responsibility for the air strike on a Hizbullah target in Syria, resultant tensions continued unabated on Tuesday.

Despite the official ambiguity about its role, a senior security source attempted to defuse the explosive situation on Tuesday by telling Reuters that the Iranian general killed in the strike was not its intended target and that Israel believed it was attacking only low-ranking guerrillas.

Iranian Revolutionary Guard General Mohammed Allahdadi died along with Hizbullah commander Imad Moughniyeh, who was targeted in Sunday’s attack on a convoy on the Syrian side of the Golan Heights. Six other Hizbullah low-level agents were also killed.

Both Hizbullah and Iran have vowed to retaliate, and the IDF has been on high alert in the north, deploying massive reinforcements, along with Iron Dome batteries. Armored personnel carriers and tanks could be seen on their way northward on Tuesday.

Lebanese media reported numerous flyovers by Israeli warplanes and helicopters in various parts of Lebanon, but particularly over Sheba Farms in the south.

On Tuesday night, the IDF closed off sections of a road in northern Israel near the border with Lebanon, as a precautionary measure. Local residents were still permitted to use the road, which was closed off between the villages of Avivim and Dovev, according to a military source. However, farmers were directed to hold off work on their land for the time being.

Israeli sources say they fully expect a counter-attack, but that a major offensive is unlikely at this juncture.

“They are almost certain to respond. We are anticipating that, but I think it’s a fair assumption that a major escalation is not in the interest of either side,” a security official said.

The official indicated that the objective was to thwart a terrorist attack, not spark a regional confrontation.

“We did not expect the outcome in terms of the stature of those killed — certainly not the Iranian general,” the source said. “We thought we were hitting an enemy field unit that was on its way to carry out an attack on us at the frontier fence.”
“We got the alert, we spotted the vehicle, identified it was an enemy vehicle and took the shot. We saw this as a limited tactical operation.”

Meanwhile, reflecting the gravity of the situation, security cabinet members met in a special two-hour session on Tuesday. No statement was released following the meeting.

Speaking at a military ceremony, IDF Chief of Staff Lt.-Gen. Benny Gantz, in apparent reference to the current crisis, noted that “we are in a very difficult period. Recent events are such as to cause angry reactions, but we continue to operate from a strategic perspective, and without losing our humane values.”

Peri told Army Radio on Tuesday that pre-emptive action was called for, given Hizbullah’s maneuvering so close to the border.

“In my analysis this was meant to facilitate a series of terrorist attacks inside Israeli territory,” Peri said.

He also joined in condemning former general Yoav Galant’s insinuation, later retracted, that the strike was timed to coincide with Israel’s election campaign.

“There is no doubt that when an operation like this rises to levels of national significance, all the consequences must be checked and weighed,” Peri said, adding that such conspiratorial thinking does not play into his understanding of the motives behind the Sunday operation. “I believe there is no political connection.”