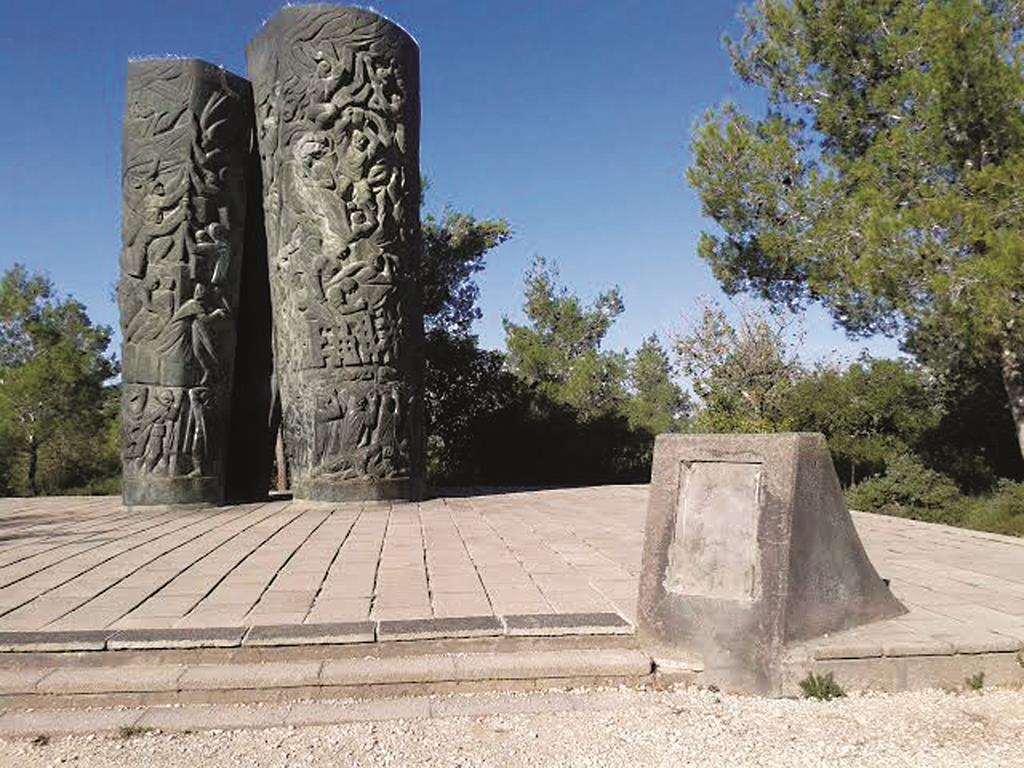 A group of students from the Shaar Hagay Field School who were visiting the well-known Holocaust memorial, the “Scroll of Fire,” in central Israel, discovered it had been vandalized, including the removal of two metal plates that contained names of Holocaust victims.

A complaint was lodged with the police on Thursday, and an investigation was begun. Police say they suspect that the vandalism was perpetrated by Arabs.

The memorial, in the hills outside Beit Shemesh, It is frequently visited by schoolchildren, and is the site of an important memorial ceremony on Holocaust Heroes and Martyrs Memorial Day.

The memorial, dedicated in 1972, is made of bronze and stands 24 feet high. It is in the shape of two scrolls, symbolic of the Jewish people’s role as “People of the Book.” Among the incidents commemorated on the monument are the fates of a Czech teacher and his students, who were murdered by the Nazis, and other scenes of Jewish history, especially during the Holocaust period.