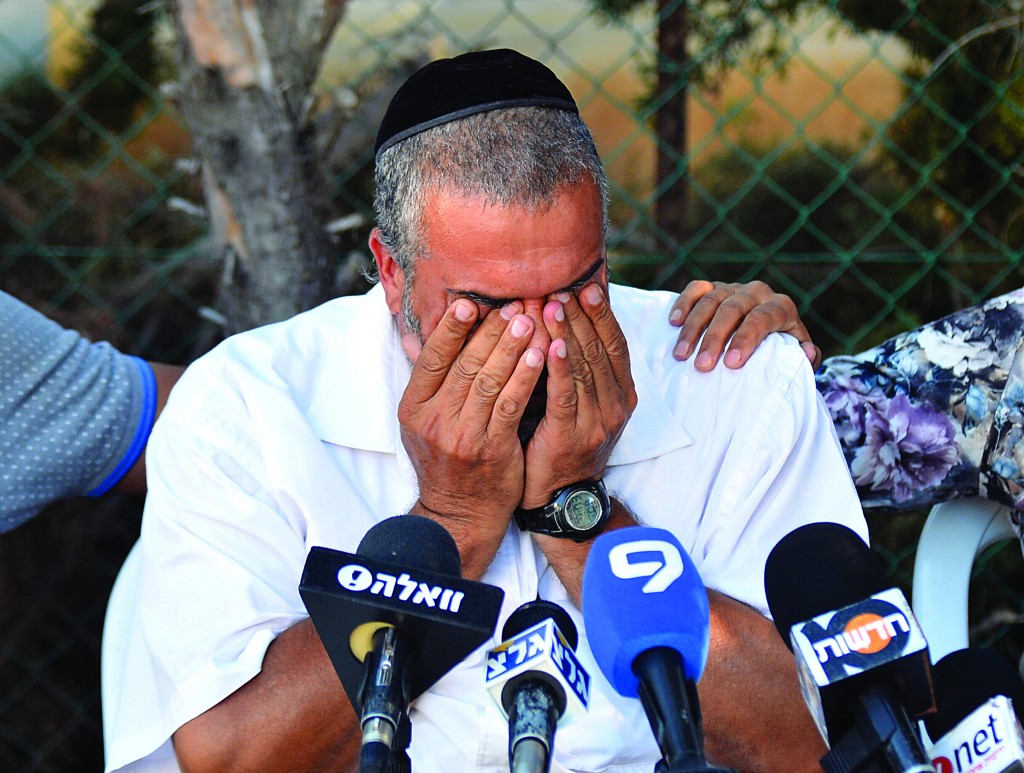 Israeli authorities have confirmed that the death in September of Jewish construction worker Netanel Arami, Hy”d, was not an accident as initially recorded, but a terrorist murder, as his family had contended from the beginning.

The Petach Tikvah’s Magistrates Court lifted a gag order on Wednesday morning, allowing the true story to come out — that apparently the niftar’s ropes were cut as he rappelled from the 11th floor. According to initial reports, when police arrived at the rooftop scene of the incident they found his ropes cut and Arab workers laughing.

Now police admit that it was in fact a murder. They had interrogated three Arab suspects “under suspicion that they were involved with causing his death for nationalistic motives.” But they had to release them for lack of evidence.

However, the long, anguished struggle of the Arami family to bring the truth to light was vindicated, as the court also released for publication the fact that they received a document from police stating that they qualified as a family of a “victim of terror.”

Arami’s mother Miriam, who had accused the police of a coverup, said: “It is important to us that they publicized the matter so that everyone should know the truth, and know that Netanel went to work and didn’t come back, but was murdered because he was a Jew,” she said.

“All the silencing of people and attempts to cover up did not succeed.”

“With the help of G-d, we promised Netanel two weeks ago when we visited him at the cemetery on his birthday that we will not rest and will not be silent until the murderers are found,” she said.

But Mrs. Arami could not contain her anger at the muted reaction of government officials to her son’s murder.

“We are angry at the fact that not a single government official such as the president or prime minister has come to comfort us, and didn’t even offer condolences over the telephone.”

The case remains open and an investigation is ongoing.

In other terrorism-related news, police also confirmed that the stabbing incident earlier this week outside Jaffa Gate in the Old City in which two Jewish men were injured by four Palestinian teens was an ambush.

This disproves earlier reports that a fight broke out between the Jewish men, both in their 40s and students at the Shuvu Banim yeshivah.

Four male Palestinians, ranging in age from 15 to 17, were arrested on suspicion of involvement in the attack. Two were released to house arrest and two were ordered to remain in custody until Thursday.

The students said they were attacked at approximately 6:00 p.m. as they walked toward Jaffa Gate.

“Three Arabs jumped on us,” one of them told Walla! News. “One of them stabbed me with a slab of iron or a knife, and it is a big miracle it didn’t strike my heart,” he said, adding that one the Arabs “shouted something against Jews.”

Meanwhile, the Interior Ministry revoked the Israeli residency of Nadia Abu Jamal, wife of one of the terrorists in the Har Nof massacre. She will be forced to leave the country and forfeit any future benefits from the state.

“Everyone who is involved in terror needs to take into account the effects it could have on family members as well,” Interior Minister Gilad Erdan said of the decision.

Under the Family Unification Law, Abu Jamal, a Palestinian, was allowed to live in Israel because her husband was a permanent resident of Israel.

Erdan on Sunday also revoked the permanent resident status of Mahmoud Nadi, the man who drove the suicide bomber to the 2001 terrorist attack that targeted a restaurant at Tel Aviv’s Dolphinarium in June 2001.

The decision is part of a series of punitive measures to counter the terrorism that has swept the country in recent weeks.

A bill to revoke the Israeli citizenship of terrorists and their families was submitted to the Knesset by MK Shimon Ohayon (Yisrael Beitenu) on November 6.

The legislation allows, but does not require, interior ministers to revoke citizenship from anyone who committed a terrorist act or aided someone in doing so, as well as anyone who is a member of a terror organization, or a relative of someone who falls into those categories.