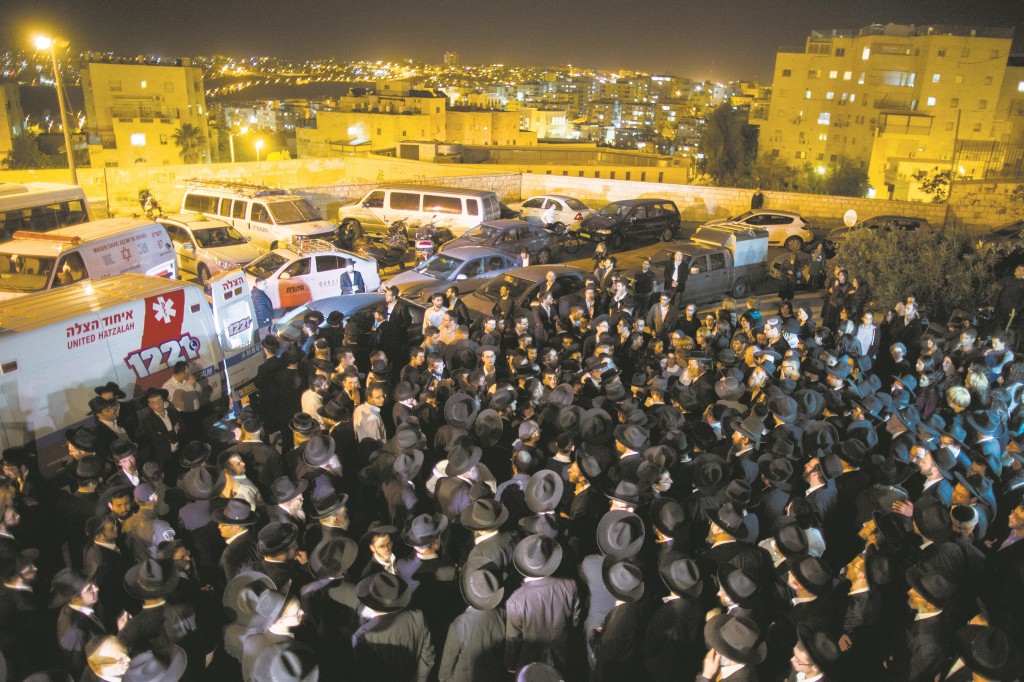 At the levayah for Chaya Zissel Braun, Hy”d, on Wednesday night in Yerushalayim, her grief-stricken father, Shmuel Elimelech Braun, sheyichye, recalled the moment, only hours before the terrorist attack that ended her life, the visit to the Kosel they had made.

“In the last hour, you were by the Kotel. You woke up. We shmoozed (talked) with each other,” he said.

“You looked at me and smiled. I told you, this is the Kotel, this is Har HaBayis.”

He recalled, too, telling her about the cheruvim, the child-like figures that had been on the Aron, the Ark of the Covenant, when the Beis Hamikdash stood, and described how their faces were like that of a pure child.

“You made us happy from the moment you [arrived],” he said. “You were glowing,” he said.

“It’s all now in Hashem’s hands. We will remember you,” he cried.

In Los Angeles, from where the Brauns originate, friends and family are in shock, still trying to absorb the terrible news.

Rabbi Chaim Boruch Rubin has known the Braun family for many years. “They grew up in our shul,” he told Hamodia in a phone interview on Thursday. Both the parents and grandparents of Chaya Zissel Braun were part of Bais Moshe Yitzchok, the Rubins’ shul in Los Angeles.

“Shmuely (the father) is an avreich, a tzaddik,” who went to Yerushalayim to learn Torah.

Gary Apfel, a member of the LA community, who davened in the same row as the Brauns for many years and watched Shmulie grow up, says the entire community is in deep shock and grief.

“This is a very beloved and greatly respected family, truly wonderful people. Chaya Zissel’s  father is a real ben Torah and a very fine young man, and her grandparents are very special people. We are all devastated and in deep pain.”