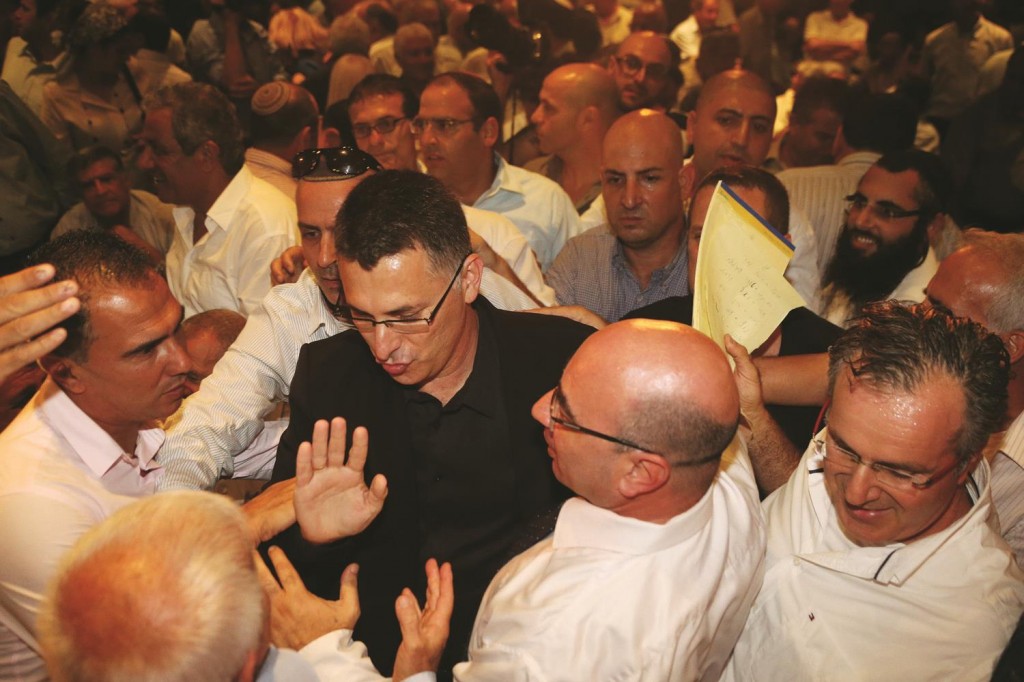 “We thought that Gideon would announce that he’s running against Netanyahu, we wanted to crown him as the king of the Likud, and suddenly he announced his retirement, out of nowhere,” one of the hundreds of activists who attended the event, along with various Likud leaders, said.

Saar cited personal reasons for the decision. “I want privacy, quiet, freedom, and to spend more time at home. I think it’s the right thing to do for my loved ones.”

Calling it a “time-out,” Saar said he would leave the government and the Knesset after the Yamim Nora’im.

But he didn’t close the door to a comeback at some future date. “I am leaving my job, but I am not leaving the Likud,” he said.

In his farewell remarks, Saar listed his achievements over the years: “I had a major role in preventing a Livni government in 2008,” he recalled.

He mentioned that, as education minister, he reformed the kindergartens, established Ariel University, and brought half a million students a year to visit Yerushalayim.

More recently, he took a stand against chillul Shabbos, blocking a Tel Aviv city council decision to legalize Shabbos desecration for some 300 businesses.