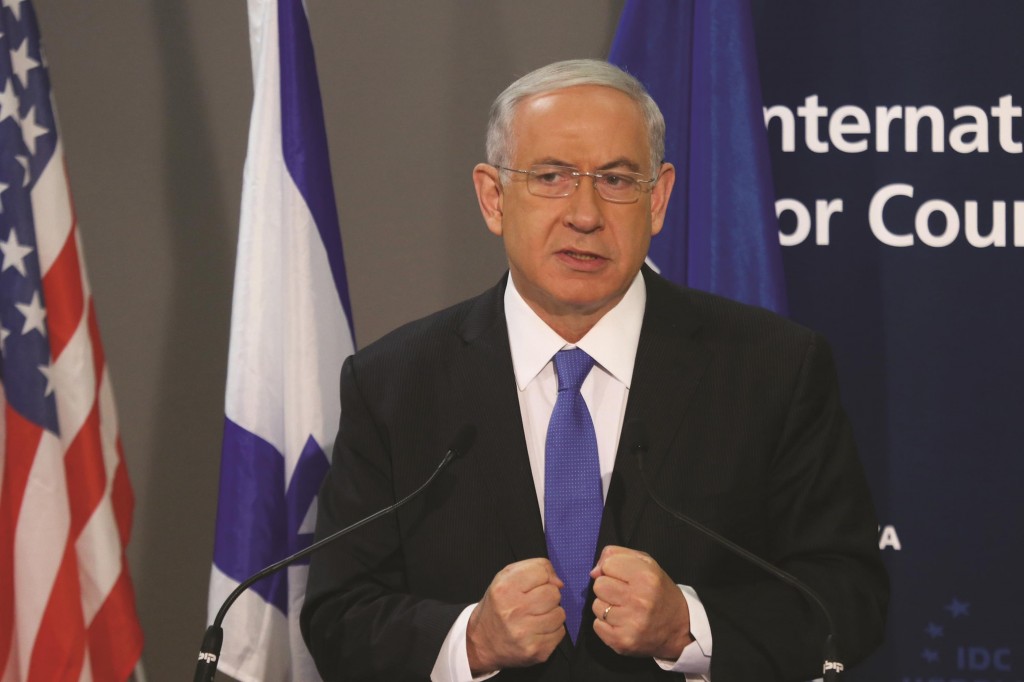 “Israel fully supports President Obama’s call for a united action against ISIS,” Israeli Prime Minister Binyamin Netanyahu declared on Thursday at the annual conference of the International Institute for Counter-Terrorism in Herzliya.

Netanyahu will be cheering the American-led coalition to fight Islamic State from the sidelines, however. As in the First Gulf War to oust Iraqi invaders from Kuwait, Israel will not participate in the fighting.

Speaking on the anniversary of the September 11, 2001, terror attacks, Netanyahu warned of the continuing threat of radical Islamist terrorism, warning that Hamas, al-Qaida, Hizbullah, Islamic State and Boko Haram all stem from “branches of the same poisonous tree.”

“As a result of this they [the states] are reevaluating their relationships with Israel and realizing that Israel is not their enemy, but their ally,” he said.

Possible measures were discussed to prevent the establishment in Israel of Islamic State cells or their allies.

Israel’s non-participatory role in the U.S.-led coalition was the focus of criticism from Labor Party and opposition head Yitzchak Herzog.

Herzog blamed Netanyahu for Israel’s exclusion, despite its stake in the outcome.

Israel was not invited into the coalition in 1991 because its inclusion would have angered Arab allies and upset the delicate diplomatic balance.

“Had Netanyahu and his minister behaved differently” and negotiated with PA chief Mahmoud Abbas in a “satisfactory” manner, “Israel would be a part of the coalition,” Herzog toldIsrael Radioin an interview Thursday.

Herzog contended that Israel’s exclusion should be considered a “diplomatic failure” by Netanyahu.