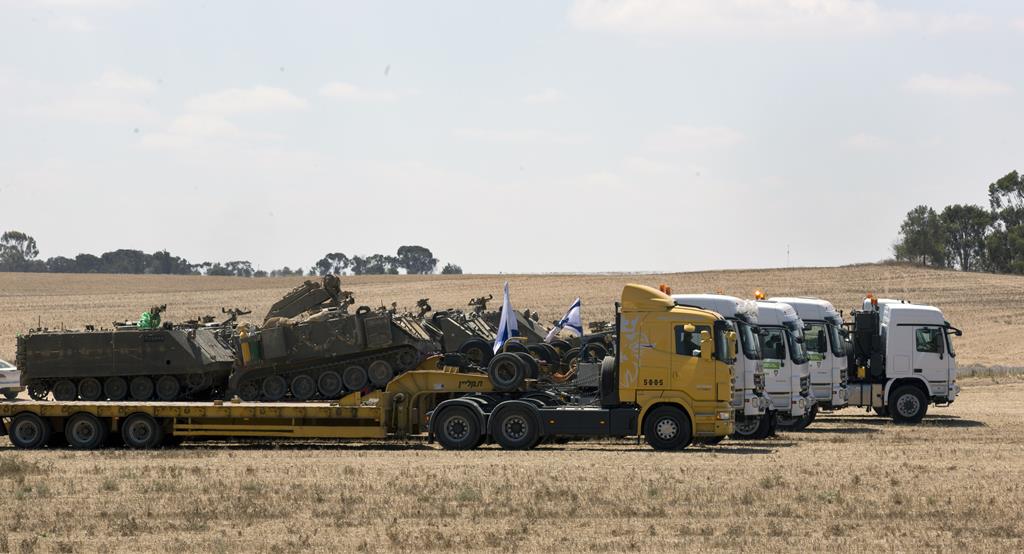 The unbelievable is taking place on the southern border of Israel with Gaza: The war with Hamas is over, and the IDF is withdrawing troops and equipment, but the operation is not over yet. Everything is continuing as it was, and it is not impossible that there will yet be an escalation.

It sounds strange, but that is the reality in the State of Israel since the Prime Minister announced on Motzoei Shabbos that it is disengaging from the negotiations taking place in Cairo, and will withdraw forces unilaterally back into Israeli territory. But in the meantime, this withdrawal is merely a rotation and, while some forces are leaving, others are replacing them. The overall number of Israeli soldiers has remained the same.

A defense source related last night in a report to military correspondents that the IDF could have captured the entire Strip in 10 days, after which it could have started destroying Hamas completely. But the government did not instruct them to do that.

Moreover, the option was raised before the operation began, and was taken off the agenda.

This source says it is good that the ministers did not instruct the army to capture Gaza, because, while doing so could have been done quickly, the operation to cleanse the Gaza Strip from all the leaders of Hamas and the weapons there, while going from house to house, could have taken between one and two years — and all that entails regarding the loss of life and limb.

Terrorists continued firing rockets and RPGs the entire day yesterday into Israel. At the same time, the cabinet discussed a range of proposals suggested by the army regarding Israel’s behavior once the operation is concluded and the possibilities of integrating into the “arrangement” proposals being discussed in Cairo without Israeli presence.

The source went out of his way to describe the war as a brilliant Israeli achievement in which most of the goals were reached. In his opinion, once the calm sets in, senior Hamas terrorists will emerge from their hiding places and will discover what a blow the Gaza Strip sustained. Reconstruction could take many long years, especially if Egypt and Israel prevent the passage of cement, building materials and metal components, which ultimately reach the tunnel and weapons networks in Gaza.

According to this source, Hamas struggled throughout the operation to garner support both in the region and internationally. It felt the isolation on the international front — when the only players that displayed any cooperation were Qatar and Turkey, and even they did not provide Hamas with the guarantees it wanted. Hamas leaders wanted very much not to be drawn into an arrangement coordinated by Egypt, who they consider to be unfriendly. After maneuvering and rejecting, they were compelled to join the process that Egypt is controlling. They came to Cairo most reluctantly and entered what will be difficult negotiations for them.

On the operative side, the source said that Hamas succeeded in implementing some of the goals it set for itself in the time since Cast Lead, when it has been arming and restocking supplies and arsenals. During Protective Edge, the firing network has been significantly damaged, Hamas remains with a third or less of its missile arsenal. The ability to fire missiles at Israel has dwindled significantly. Therefore, it is possible that the reduced fire in the center of the country and further destinations is the outcome of inventory and not policy.

As for its special efforts, Hamas tried at the beginning of the conflict to carry out sea and air attacks, and failed at every one. They succeeded in infiltrating a few times through tunnels, which cost human lives, but those efforts declined drastically when Israel destroyed almost all of the tunnels leading across the border. Hamas’ tunnel capability in general has been significantly limited. Its defense lines have also eroded.

In the public sphere, the Palestinian residents of Gaza are thunderstruck when they see the damage, this senior source says. Thousands of people have been left homeless. International organizations speak of some 3,000 homes and infrastructure installations that have been seriously damaged. Entire neighborhoods were flattened in combat areas. The overall feeling is that Gaza is in one of the most difficult socio-economic positions that it has ever been in. It is a difficult time that began even before when Egypt shut down the tunnels between the Strip and that country, and then closed the Rafiach Crossing, leaving Hamas almost entirely dependent on Israel.

The source says that, in his understanding, neither side wanted the escalation. Therefore, at first the decision was an air operation in order to reach some goals, and only later did we move into a ground operation. At that point, Israel realized that it had to deal with the tunnel issue and that had to take priority over shortening the operation.

During the past 24 hours, 119 rockets and RPGs were fired into Israel. Eight of them were intercepted by Iron Dome. Since the beginning of Protective Edge, terrorists have fired 3,243 missiles into Israel, and Iron Dome intercepted 566 of them. By yesterday, the air, sea and land forces had struck at 4,683 terror targets.