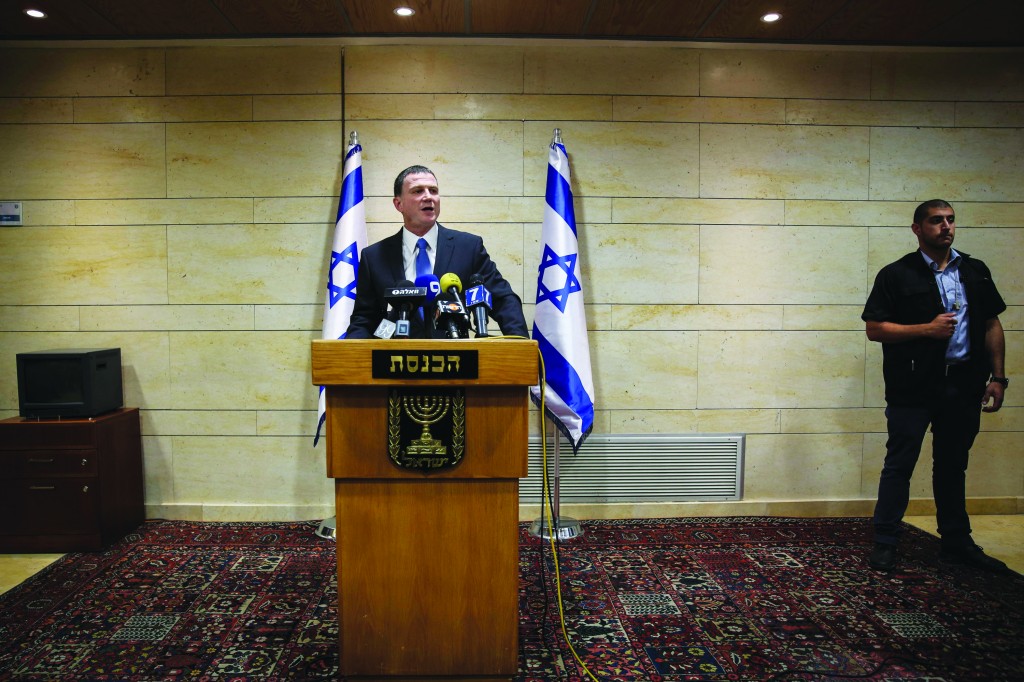 The Knesset was in an uproar on Tuesday over remarks made by Arab MK Hanin Zoabi in defense of the kidnapping of the three Israeli teenagers, leading to calls for her to be tried for incitement or deported to Gaza.

In an interview with Radio Tel Aviv, Zoabi legitimized the abduction as a form of resistance to Israeli “occupation.”

“They’re people who don’t see any way to change their reality and they are forced to use these means until Israel will wake up a little, until Israeli citizens and society will wake up and feel the suffering of the other,” she said.

Following the interview, Foreign Minister Avigdor Lieberman denounced Zoabi, charging that “not only are the kidnappers terrorists, Hanin Zoabi is a terrorist too.”

Israeli politicians on the right and left lined up to condemn her remarks and demand she be punished.

Culture and Sport Minister Limor Livnat said she will demand Attorney-General Yehuda Weinstein review what Zoabi said in light of the law against incitement to violence or terror. The law states that it is illegal to openly “call to act violently or commit an act of terror or praise, express admiration or encourage violence or terror, or support or identify with it.”

“Zoabi is not worthy to serve as an MK in Israel and she should be put on trial,” Livnat said. “When Zoabi participated in the Gaza flotilla along with armed terrorists, she said it was a humanitarian action. Now she says kidnapping boys is legitimate and not terror. Put her on trial now!”

MK Miri Regev said Zoabi should be deported to Gaza.

However, Knesset Speaker Yuli Edelstein took a more moderate position. While condemning her comments, he stopped short of removing her parliamentary immunity. As of press time, Hanin Zoabi was still a member of Knesset.