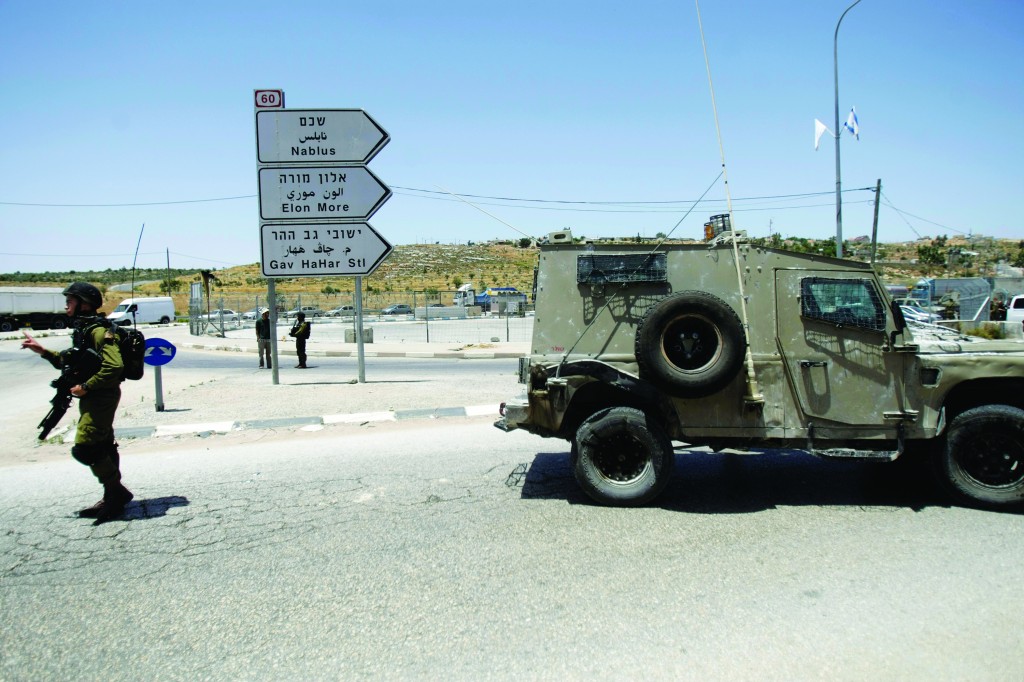 Israeli troops manning a checkpoint in the Shomron on Friday caught a would-be Palestinian suicide bomber en route to an attack after noticing that he was wearing a heavy coat on a hot day.

Soldiers called on the man to stop, and a search revealed explosives connected with wires strapped around his torso, Lt. Col. Peter Lerner, a military spokesman, said. The man told the soldiers he had intended to carry out a suicide bombing. The explosive belt was later detonated by military sappers.

Lerner said it was not yet known whether the man was acting alone or if he belonged to a Palestinian group like Hamas or Islamic Jihad, which carried out suicide bombings on buses and in cafes in the years that followed the Palestinian uprising, or Intifada, in 2000. Lerner said it was also not clear what the intended target was.

He said it has been years since a suicide bomber was detained, but the military has reported scores of shooting and stabbing attacks in the region in recent months and years.

The incident occurred at a checkpoint south of Shechem, near the community of Adam.