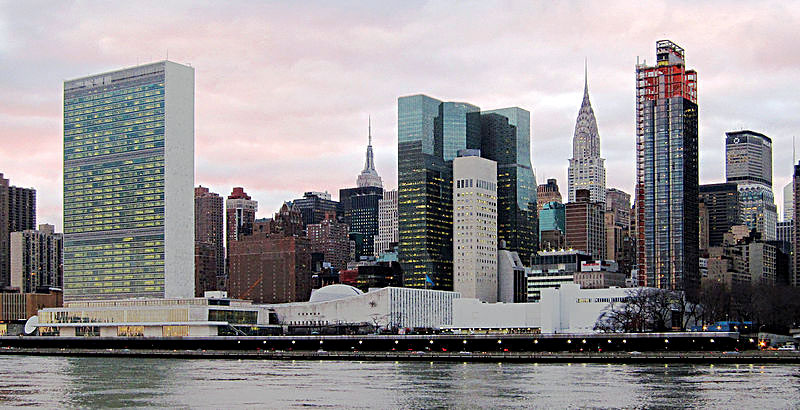 Israeli envoy to the U.N. Ron Prosor blasted the U.N. Relief and Works Agency for Palestine Refugees, whom he accused of perpetuating the refugee problem.

“UNRWA fuels false promises and gives grievance to dangerous myths,” Prosor said. “We have heard time and time again that ‘settlements’ are the major hurdle to peace. In these halls, no one will admit that the real obstacle is the so-called ‘claim to return.’”

During the remarks, made at a U.N. conference in New York on Monday, Prosor said that the “right of return,” which would “flood Israel with millions of refugees,” is merely a euphemism for the destruction of Israel.

UNRWA is responsible for helping fuel this “fiction” of the right of return to Palestinian children through their textbooks and schools, he said.

“I reaffirm Israel’s support for UNRWA’s humanitarian mission — and I emphasize humanitarian mission,” he said. “We have worked together to provide essential services … Despite our success, our work is overshadowed by the disparity in the U.N.’s treatment of refugees.”

“It’s worth noting that their mandate to resettle refugees was removed in 1965,” Prosor said. “They have perpetuated the problem instead of solving it.”

“Eighty-five percent of UNRWA’s funding comes from North American and Western European countries,” he continued. Even the Palestinian government doesn’t take responsibility for its people, he said, because UNRWA’s services are already taking care of them.

“Almost 2 million Palestinian refugees live in the controlled territories. One would think that the Palestinian Authority would take the slightest responsibility for its people’s fate. Instead, they are content to use this population as political pawns rather than creating a better future for them.”

Steven Rosen, the director of the Washington Project of the Middle East and a former senior official at the American Israel Public Affairs Committee, analyzed how the American government in particular had become complicit in UNRWA’s spread.

“Washington has not insisted that the standards for refugees in general are enforced in this case,” he said. “If you are a person who is firmly settled, you are not a refugee. You’re not considered a refugee under U.S. law. UNRWA’s practices violate American law.”